Life is complicated. A young man growing up in New York who has fallen for an attractive young lady, who happens to be his best friend. You might think you’ve heard it all before, but you haven’t. Unless you’ve seen the trailer for The Only Living Boy in New York – which I sincerely wish I hadn’t, because it stole the element of surprise. 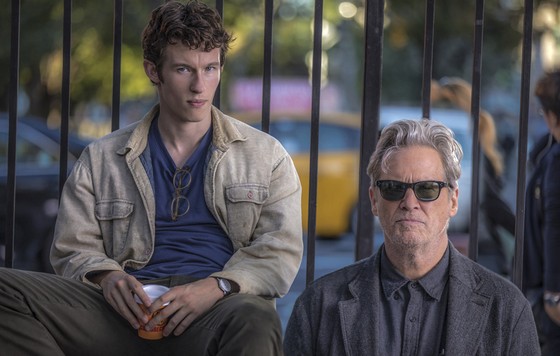 Thomas Webb (Callum Turner) is the son of publisher Ethan Webb (Pierce Brosnan) and his artistic wife Judith (Cynthia Nixon). The Only Living Boy in New York is told from the perspective of this young man with aspirations of greatness but no idea how he’s going to achieve it.

Thomas is feeling a little unmoored. He’s in love with Mimi (Kiersey Clemons), a beautiful, idealistic student. But she’s involved with a bad-boy musician. Moving from his parents’ Upper West Side apartment to the Lower East Side, he befriends W.F. (Jeff Bridges), an alcoholic writer who dispenses worldly wisdom alongside healthy shots of whiskey. Thomas’ world shifts when he discovers his long-married father is having an affair with a seductive younger woman, Johanna (Kate Beckinsale). Determined to break up the relationship, Thomas ends up sleeping with Johanna, launching a chain of events that will change everything he thinks he knows about himself and his family.

I liked the complexities and quandaries introduced into the script. Nothing here is neatly packaged. Mind you, the highbrow narration is, at times, too much.

Callum Turner (Assassin’s Creed) has a touch of Richard Gere in his youth about him and, perhaps, Jesse Eisenberg. I like his character’s journey from naiveté to awakening. Jeff Bridges always plays rumpled very convincingly and so it is in this here. He’s ideally suited to the role. Kiersey Clemons has a playful quality as Mimi. Kate Beckinsale looks a million dollars and readily straddles the requirement to lure both father and son. Pierce Brosnan’s persona is more about doing it by the numbers – a father who finds it hard to relate to his son. Cynthia Nixon is a convincing performer, although – unfortunately – hers is only a relatively small role as Thomas’ mother.

A story about growth and consequences, The Only Living Boy in New York kept me interested, engaged and entertained. Directed by Marc Webb (500 Days of Summer) it scores a 7 out of 10.