La Traviata Stripped and Dressed in Jazz and Blues is classic opera shortened and mashed with contemporary music. It’s operatic numbers interspersed with popular modern tunes … a fusion of the two. It is quite a heady mix and one pursued passionately by Emotionworks Cut Opera and specifically its creative force, Julie Edwardson. She’s a former principal with Opera Australia, and before that a jazz musician and singer. 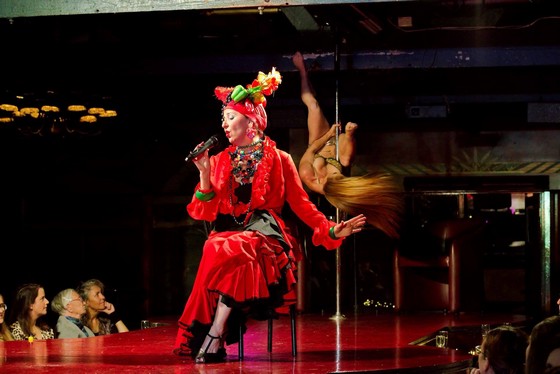 Her aim is to present opera up close and personal in a casual, affordable cabaret context outside the traditional theatre. While opera purists might shudder at the thought, in truth Emotionworks showcases talent and creativity and there is everything to applaud about that marriage. Further, if this combination introduces some to the high art form then surely than can only be a good thing.

As the title suggests, the company is performing an interpretation of Giuseppe Verdi’s La Traviata (1853) together with jazz and blues. In terms of the latter, think “Cabaret”, “It Don’t Mean a Thing If It Ain’t Got That Swing”, and “Stormy Weather”. The story is of a famed but sickly courtesan who attracts a member of the bourgeoisie but is prevailed upon by his father to abandon their relationship … with ultimately tragic consequences.

As it concerns the fate of a woman of the night, what better a location to stage this production than in a table top dancing club, involving one highly skilled pole dancer. Mind you, there’s no nudity, just supreme artistry. The leads – soprano Alexandra Ioan as sex worker Violetta and tenor Jason Wasley as her lover Alfredo – are evocative … noteworthy for their soaring vocals, bringing emotional resonance to their respective performances. I particularly liked the “girls” who were given their time to shine through a series of solo numbers. As for their pimp, Dick Gross was larger than life and simply had fun with his role as chief provocateur. 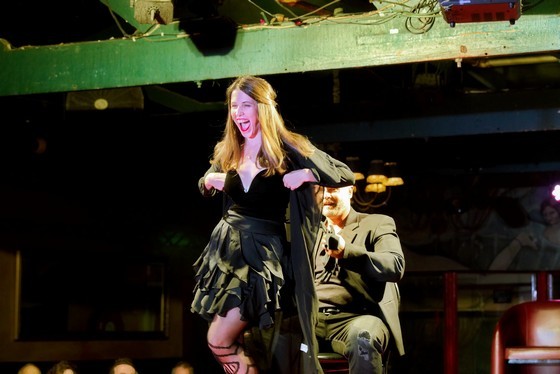 I should mention there’s one scene in this piece that – try as I might – I won’t be able to erase from my memory. Suffice to say it’s bold and brassy, but hardly what you might be expecting. The show’s musical accompaniment is provided by an accomplished five-piece band, known as the Cut Opera House Combo. Decidedly and deliberately different, La Traviata Stripped and Dressed in Jazz and Blues ticks many of the right boxes.

* Please note the performances are outside The Men’s Gallery’s normal operating hours.