The show is a biopic-style story punctuated by chart-toppers that made these boys from Jersey household names – “Sherry”, “Big Girls Don’t Cry”, “Oh What a Night (December 1963)” and “Walk Like a Man” – creating joyous high-points in a somewhat tumultuous journey down the showbiz path, led by self-proclaimed founder of the quartet, DeVito. 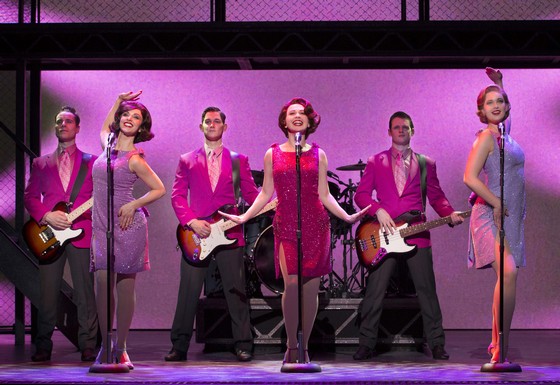 Many of the personal details that weave the show’s narrative weren’t widely known prior to the musical, which debuted in 2005. Baby boomers and true fans of the group will know of the revolving door or musicians that saw the group line-up change several times, but the musical focuses on the original four boys from Jersey, who went from street corner zeroes to national heroes in a few short years. The ins and outs of their personal lives, the highs and lows of fame and the hard-slog of the music business are all documented through scenes narrated by the four leads. Audiences witness the band’s earliest days in nightclub lounges and bowling alleys through to live TV performances on Bandstand and international tours. Fast women, fast cars, colourful language and questionable finances are recurring themes.

As with any musical of this style, the songs are the lynchpin – and the Jersey Boys don’t disappoint. Ryan Gonzalez’s falsetto cry cuts through the theatre and demands your full attention every time. The smooth bass tones from Glaston Toft as Massi are mesmerising, perhaps elevated by his charming aloofness and dry humour; compared to the street-smart quintessential brash ‘Jersey’ performance by Cameron MacDonald as DeVito. Thomas McClure plays musical genius Gaudio with cool confidence and mild manners, he’s definitely the one you’d take home to mother. The group’s close harmonies are faultless, and while singalongs are not outright encouraged, the audience is clearly thrilled at the completion of each showstopper number as well as the many abridged smaller hits that a no less well-known today.

The small cast of supporting characters include Mob heavies, petty criminals, mogul managers, glamorous women and even a very young Joe Pesci. The unsung heroes however are the backing band of bass, guitars, percussion and brass section. They never miss a beat but are not publicly lauded until the finale, except for the ever-present, brooding silent drummer, who arguably spends just as much time on stage as the four lead singers. 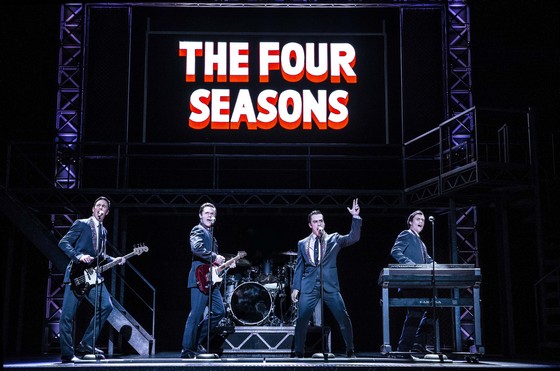 The ‘look’ of the show is mostly achieved through sharp costuming that covers several decades. The changing shape of a microphone, the colour of a suit, the length of a hemline and props also help give context as the story progresses. The industrial-style set is versatile but simple, covering everything from jail cells to street corners, concert halls to motel rooms. It’s all very effective in ensuring that your attention is focussed on the performers, for the two-plus hour show.

Jersey Boys is a toe-tapping, head-bopping journey through the songs you heard on the radio or on TV as a child, but never really knew who sang them. After hearing the Jersey Boys tell their story, you’ll never forget Frankie Valli and the Four Seasons.

Jersey Boys is showing at QPAC, Brisbane until 17 February 2019. 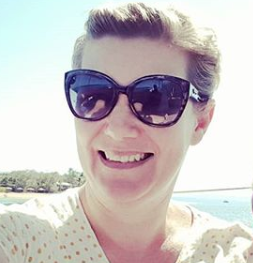