Inheritance of Secrets is a layered family drama of mysteries and long held loyalties, the origins of which were born from the necessities of survival during a time of war. 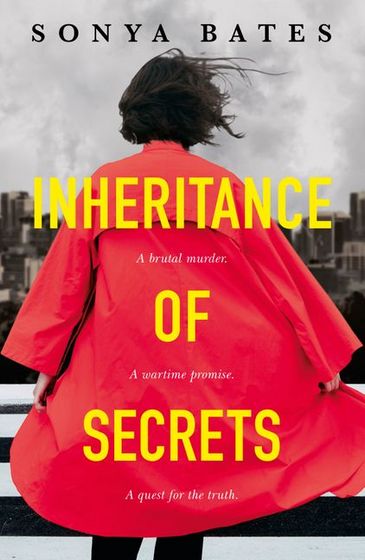 Feeling as alone as she has ever been, Juliet is desperate to make contact with her troubled sister Lily. Lily always found it difficult to grow up in the household of their German grandparents and rebelled against the firm but loving control that Karl and Greta found necessary to exert over the two girls.  Juliet needs to tell her errant older sister some terrible news.

Murdered in their Adelaide family home, Karl and Greta Weiss were not strangers to conflict, having emigrated to Australia after World War II.  Juliet knew that Karl and Greta were both avid letter writers, and that their love survived a ten years separation with Greta needing to stay on in Germany after the fall in order to care for a dying parent.

When Lily finally is reached, her insistence that someone is after them both seems at first to Juliet like the paranoid rants of an addict, which Lily once was.  The police are of the opinion that Lily knows more about the murders than she is saying, having approached both her grandparents for yet another monetary bailout before they were killed.  Searching her grandparents homes for clues, Juliet realizes that Karl’s signet ring, gifted to him during the war, is missing.

Inheritance of Secrets features dual timelines, that of Juliet in the present and Karl in the past as he makes the arduous voyage across the globe on a ship full of traumatized war migrants. The historical narrative skates somewhat around crimes of war and the possibility that many offenders escaped punishment by migrating off the continent when all the conflict was officially over.

The lifting of one aspect of the true costs of war serves this novel well, with the focal point not being the atrocities of engagement but of how much of an upheaval such separations from country and family would become part of the migrant experience. The ‘new’ Australians of the late 1940’s needed to reinvent themselves in a culture that didn’t always appreciate incomers, and less so those that spoke with a German accent.

The modern crime element of the novel is never quite fully realized and there are a few unresolved threads (a parent is in the wind for the entire novel for example) which would have added another dimension to the read if more fully explored. There is the need to invest in Juliet as she evolves into something quite avenging and heroic, championing the character of the people that raised her as so many questions arise about her grandparent’s past and identities.

Reading this novel serves as a good reminder for what ordinary people are capable of when needs must.   Inheritance of Secrets is the debut novel for Adelaide based Canadian writer Sonya Bates, and is published by Harper Collins Australia.