Who would have thought a documentary about the devoted female fans of boybands could be so entertaining and engrossing? Certainly not me. From The Beatles, to the Backstreet Boys and One Direction, I Used to be Normal: A Boyband Fangirl Story transports us to girls’ teenage years. 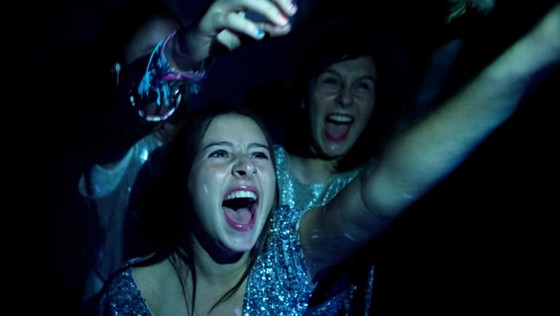 Filmed over four years and spanning three generations, this coming-of-age story follows a diverse group of women who have had their lives dramatically changed by their boyband obsessions. They must navigate the challenges of relationships, family, sexuality and faith, while grappling with all the problems that are part of being in love with a boyband.

Elif is16. She is from Long Island in New York. When we first meet her, she is a mad One Direction fan in high school. 25 year old Sadia lives in San Francisco. A proud and passionate Backstreet Boys aficionado, she’s also a writer. Sydneysider Dara is 33, a brand strategist, and to this day and huge Take That admirer. TV producer Susan, 64 is a Melburnian who went gaga over The Beatles.

I Used to be Normal came into being after director Jessica Leski accidentally fell in love with UK boyband One Direction. Shortly after, she discovered the band’s passionate online fangirl community. She decided to find out more about these surprising, complex and frequently disrespected women and girls.

I love that Leski has chosen to speak to four intelligent women who can articulate what they’re thinking and feeling. This lively quartet don’t hold back. I also liked the spread of ages and that each attached themselves to a different group. The mix of countries – an even split between the US and Australia – also works really well.

There is a gradual reveal in that we learn more about the women and their fascinating backstories as the film progresses. You may question whether their obsession is healthy; and at least one of them does. Another however believes it has been a plus in her work as well as her leisure hours.

For the younger two, their penchant for pin-up boys has brought parental clashes, though this could also be partly attributable to their ethnic roots coming into conflict with western society. To nitpick, the only thing I question is the doco’s title, which is far too descriptive and cumbersome. What would be wrong with just “Fangirls”?

But as an insightful piece of movie making, it most certainly gets a big elephant stamp.