The question of the world’s ever-growing number of refugees is, indeed, one without an easy answer. So the heartfelt documentary Human Flow is welcome. And all the more so because it has the stamp of artist Ai Weiwei all over it. 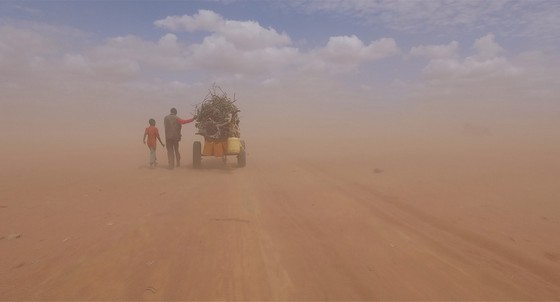 He travels across 23 countries plotting the plight of refugees because he sees the refugee crisis as his crisis. He regards the boat people as his family. They could be his children or parents or brother. He doesn’t see himself any differently. Weiwei is joined by more than 200 crew to document the human tragedy unfolding.

In the past, Weiwei has forged large-scale art installations and directed several documentaries in China, but never something of this scope. He injects himself into the doco in a number of scenes and speaks to a few of those affected.

Human Flow began spontaneously, before there was any itinerary or plan. In 2015, as Lesbos, Greece became the main entry point for people fleeing to Europe, Weiwei headed there to see for himself what was going on. Moved to respond, he soon set up a mini-studio on the island, and began filming. His subsequent decision to journey to other countries experiencing refugee crises further informed the film.

But apart from presenting the magnitude of the problem in an extended format, with stunning imagery – especially from overhead – there is no more, save, I should say, for a handful of short-format interviews thrown in for good measure. If the point was merely to highlight the problems, then this doco gets a tick. But surely offering possible solutions should have been part of its remit.

As it is, we – as Weiwei – are left to sympathise with the plight, at the mounting human toll, and then what? Go back to our comfortable middle-class existence?

I also have no idea why such a project was deemed to justify a running time of 2 hours 20 minutes. That was a real stretch, especially as there was a randomness about the way Weiwei jumped from hotspot to hotspot and, sometimes, back again.

So, I feel Human Flow, while worthy as an ideal, missed an opportunity to precipitate real change for the better.