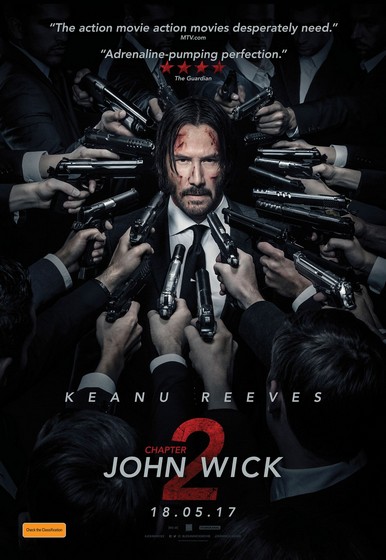 In this high-octane sequel to the 2014 hit, legendary super-assassin John Wick (Keanu Reeves) is forced back out of retirement by a former associate plotting to seize control of a shadowy Italian assassins’ guild. Bound by a blood oath to help him, John travels to Rome where he squares off against some of the world’s deadliest killers in an adrenaline-fueled thrill ride that takes the non-stop action of the original to a whole new level. Also starring Ruby Rose, Common, Laurence Fishburne and Ian McShane, JOHN WICK: CHAPTER 2 hits cinemas May 18.

Star of John Wick: Chapter 2, Keanu Reeves, is no stranger to the action genre. Way back in 1991, he famously starred alongside Patrick Swayze in which movie that combined surfing and crime ?