A pall of foreboding hangs over almost every scene in the harrowing thriller Hounds of Love. That foreboding turns to dread and then white-knuckle fear. The film marks an auspicious feature debut from writer/director Ben Young. 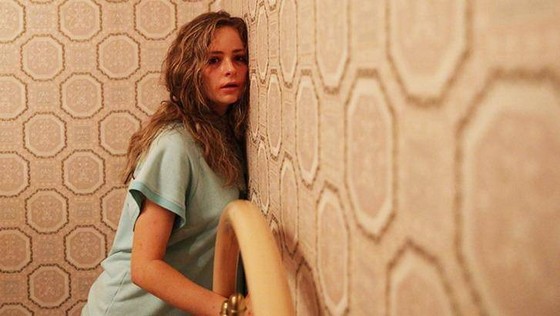 Hounds of Love is set in Perth during the summer of 1987. Teenage girls are disappearing from the streets. They are being classed as runaways.  Vicki Maloney (Ashleigh Cummings), an intelligent and charismatic youngster, is struggling with her parents’ recent separation. She is spending the weekend at her mother Maggie’s (Susie Porter) house in outer suburbia. After friction between them escalates, Vicki defiantly sneaks out to attend a party, her mum has forbidden her from going to. On the way she is lured into the car of a seemingly trustworthy couple, who turn out to be anything but that.

Inspired by a series of real life crimes of the era, Hounds of Love is an engrossing drama about the complexity of co-dependent relationships and emotional power struggles.

Young was drawn to the idea of making the movie after reading a book about female serial killers. What was evident to him was that none of them had acted alone, but rather as willing accomplices to influential male partners. The very idea that a woman could sexually abuse and take the life of another in the name of love was beyond his comprehension and something he wanted to explore through film.

Stephen Curry gives a bravura performance as a manipulative, deranged psychopath. Emma Booth matches him, stride for stride, as his partner – a woman pushed to the edge. Cummings completes the triumvirate as the smart girl who made a horribly wrong choice.Collectively, they regularly cause you to shift  uncomfortably in your seat … as the director intends.

The accompanying score serves to heighten the terror (Young cut his teeth on music videos). Young makes use of super slow motion … to mixed effect.

I also wasn’t entirely comfortable with how the fractured relationship between Maggie and her ex Trevor (Damian de Montemas) was established. She left the affluent surgeon and doesn’t want his money, but lives in relative squalor in a rough neighbourhood. The picture doesn’t explain why. We are just expected to swallow that. And Trevor and Vicki’s boyfriend Jason (Harrison Gilbertson) are inexplicably devoid of emotion late in the movie; but Maggie is hysterical. Again, it doesn’t wash.

However, the essence of the film is well handled and will evoke nightmares. It will long stay with me. Rated MA, Hounds of Love scores a 7½ out of 10.