My list of the worst films of 2018 has just had a late addition with Holmes & Watson, an execrable and terribly unfunny piece of nonsense that will have Sir Arthur Conan Doyle spinning in his grave. 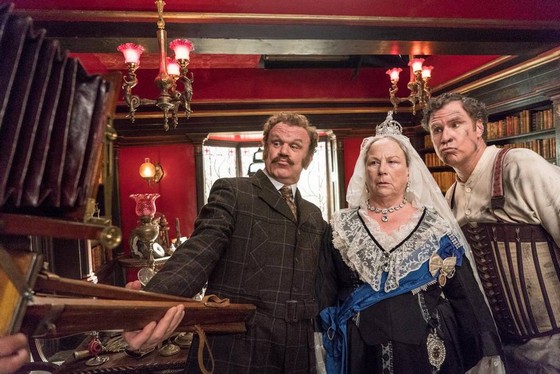 This dire comedy about the world’s greatest detective and his devoted assistant Dr John Watson reunites Will Ferrell and John C Reilly, six years after their last pairing in Step Brothers. But what worked back them misfires miserably here. This is a clumsy and misguided attempt to milk the iconic 19th century sleuth for some cheap laughs, but very little of it actually works. At least films like 1988’s Without A Clue and 1975’s The Adventure of Sherlock Holmes’ Smarter Brother (with the late Gene Wilder) were affectionate in their pisstakes on Sir Arthur Conan Doyle’s famous creation and the mythology of the character.

This stupid and brain-dead farce somehow links a plot by Moriarty (a wasted and underused Ralph Fiennes) to discredit Holmes and kill Queen Victoria (who died in 1901) with a bomb during the launch and maiden voyage of the ill-fated Titanic (which sailed from Liverpool in 1912).

But then again what would one expect from writer/director Etan Cohen, who previously paired Ferrell with Kevin Hart (the unfunniest man working in movies at the moment) for the dire and unfunny prison comedy Get Hard. Cohen seems to be tone-deaf in judging what’s funny. Most of the attempts at humour here are laboured and fall flat, although some of the physical slapstick stuff as Holmes and Watson accidentally batter Queen Victoria did elicit a couple of giggles. And I must admit that the brief parody of that famous pottery scene from Ghost, albeit staged during an autopsy here, did raise a knowing smirk.

Ferrell and Reilly deserve better than this. Ferrell’s overplaying here is embarrassing, and it’s almost as if he knew he had to switch it up to eleven to try and save the film from dying. Reilly delivers some of the most unfunny lines and manages to do it with a straight face. The film wastes the talents of Fiennes, and Hugh Laurie who appears in a pointless cameo as Mycroft Holmes. Rebecca Hall is actually one of the few strong aspects of the film with her role as Dr Grace Hart, an American doctor who helps Holmes and Watson and who has some outspoken views on the differences in attitudes between America and England at the turn of the century.

Rubbish from start to finish! Sir Arthur Conan Doyle’s estate gave permission for the filmmakers to use the characters, but in hindsight they should sue.