Three disaffected young men are at the centre of Green Day’s rock opera American Idiot. The story is expanded from their album of the same name, (released in 2004) and also features music from the 2009 album 21st Century Breakdown. 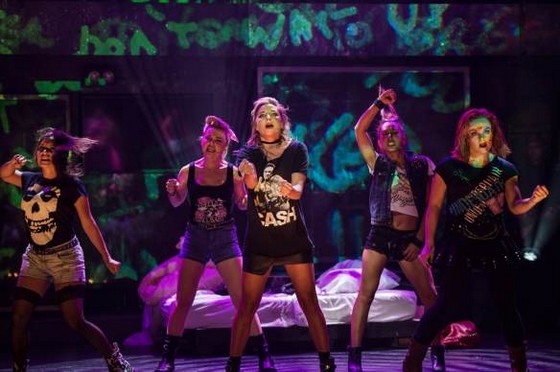 American Idiot the musical debuted on Broadway in March 2010 and received two Tony Awards. Developed by Billie Joe Armstrong and Michael Mayer, it captured the sound of a generation. It showcases the frustrations, fears, dreams and challenges of life in the media- saturated, post 9/11 era.

It’s the story of three mates – Johnny (Ben Bennett), Will (Alex Jeans) and Tunny (Connor Crawford). They’re grappling with a decision to either challenge the status quo and break out of their aimless rut; or remain in the safe confines of their urban existence. Their quest for real meaning in a world full of violence and dissolution leads them on a journey of self-discovery.

Will stays home with his pregnant girlfriend; Tunny joins the army, is shipped off to war and is badly injured; while Johnny turns to drugs and finds a part of himself that he dislikes.

A pulsating, high-octane score underpins the anarchy that is this musical’s lifeblood. And when I say musical, I do mean wall-to-wall music, with barely a word of free dialogue. This is the kind of material which can, and most certainly does, work the audience into a frenzy. 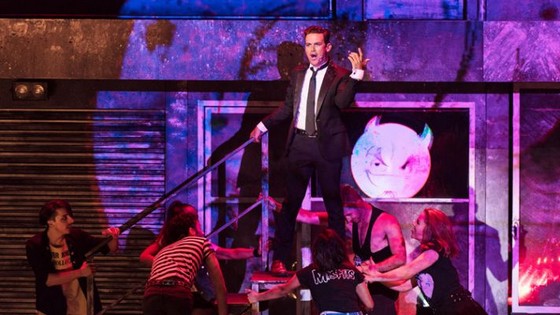 The performances –of the 18 strong cast and band are mighty, each better than the next. This is energy on a stick, the essence of which is movement and dissatisfaction and anger. The dark industrial setting, complete with more than a dozen video screens, hits the right note. Mind you, don’t for a moment think the imagery is restricted to those screens Graffiti and visuals are regularly splayed across the full set. The set designer is Josh McIntosh.

With a running time of 90 minutes and no interval, Green Day’s American Idiot is loud and proud, and leaves an indelible impression. Directed by Craig Ilott, with musical direction from Glenn Moorhouse and choreography by Lucas Newland, it is playing at The Comedy Theatre until 11 March 2018.