Good Muslim Boy is a tale of procrastination, bureaucratic somnambulance and frustration, but it’s brilliantly told at a breakneck pace. It’s fast, funny and powerful and had me fretting for the hero and so much relating to his predicament of being stuck in a foreign place where no one really cared about your predicament.

It brought back harrowing memories of such a situation, and I am sure it is one many other have experienced on overseas travels. 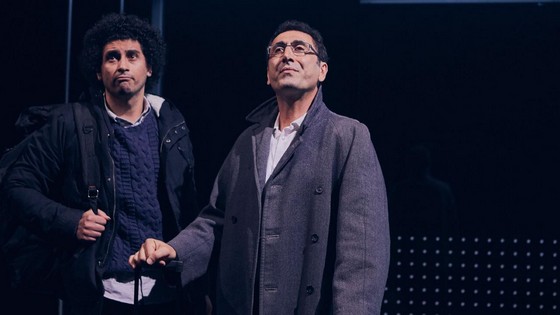 The play, adapted from his award winning novel of the same name, opened in an airport lounge. Osamah Sami had an hour to get out of Iran with his father’s body in a coffin, or end up in jail. From then it is back and forth as his story unfolds, with drama, anger and a lot of laughs. Was he going to beat the system? Was he going to get the old man to Oz? All this was told on a simple but practical set and director Janice Muller used the space cleverly for both location and time.

Sami plays himself in the play. He is an actor and in rehearsal for a new show. He is also going through a marriage breakup, drinking too much and grabbing sex wherever he can. While Sami was born in Iran, to Iraqi parents, he was raised in Australia, so his father, a highly respected Muslim cleric, wants him to experience Iranian culture to bring some sense of Islam in to his life.

All goes well until his father has a heart attack and dies in a hotel room. Sami wants to take his dad back to Australia. He has the money to pay, but it turns into this cultural, bureaucratic, and logistical nightmare.

Where Sami plays himself himself, Rodney Afif and Nicole Nabout play all other characters ranging from young children to octogenarians, soldiers, policemen, drug-peddling taxi drivers to aggressive or indifferent bureaucrats – and they are marvellous in the task, even when playing gender reverse roles, with drama and comedy. Particularly funny are telephone conversations between Sami and his AFL fan mother back in Melbourne and his younger sister. 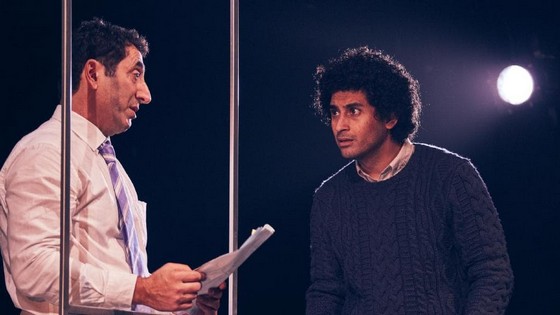 The play needs those comedy breaks for relief from the gripping and relentless progress from brick wall to brick wall as the sense of frustration builds in the sympathetic audience.

Good Muslim Boy was a play that drew me in completely. I loved every minute of the story and the performances of the trio of talented actors.

The Queensland Theatre and Malthouse Theatre co-production is showing at the Cremorne Theatre, QPAC until 4 August 2018. Bookings: qpac.com.au or phone 136 346.