I long to see whatever Joanna Murray-Smith generates (and her output is prolific) … with very good reason. Her writing is pithy and pointed, insightful and invigorating. The shocking and dynamic Fury is a case in point. Salt is rubbed into raw wounds and new scars created in this “take no prisoners” drama about cultural awareness, identity and principle. 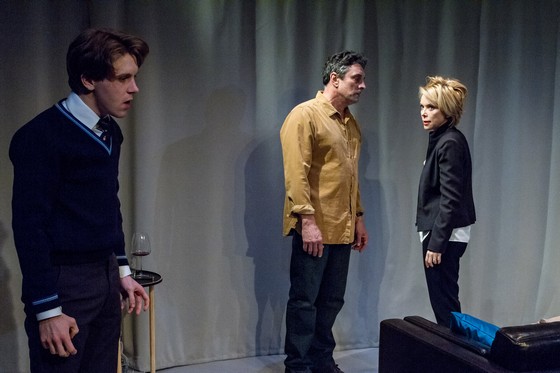 Under Murray-Smith’s sculpting, this play is chock full of zingers, some of which take your breath away. She’s in such rarefied air that she mightn’t have a peer. She’s that good.

Alice (Danielle Carter) is a talented but opinionated medical professor whose efforts have just been recognised with a prestigious award. Acclaimed author Patrick (Joe Petruzzi) has been her husband for 29 years. The pair have an academically gifted 16-year-old son, Joe (Sean Rees-Wemyss), who attends a private school. The family’s lives are about to be upended by something heinous Joe did … not by chance, it turns out, but by design.

He and classmate Ethan Evans (the school’s star footballer) have just defaced a mosque. They’ve daubed it in graffiti and hurled bricks through the windows. The act is seen as a hate crime, but the local Imam won’t press charges because he doesn’t want to foster any more hatred against Muslims.

That still leaves Deputy Principal Warren (Dushan Philips), and Joe’s and Ethan’s parents, to contend with … and the revelations and accusations come thick and fast. Turns out Alice and Patrick don’t know their son the way they thought they did and his views are extreme, to say the least. The blame game is only just beginning. And the parents’ world view doesn’t exactly correlate with that of Ethan’s folks, Bob (Chris Connelly) and Annie (Shayne Francis). 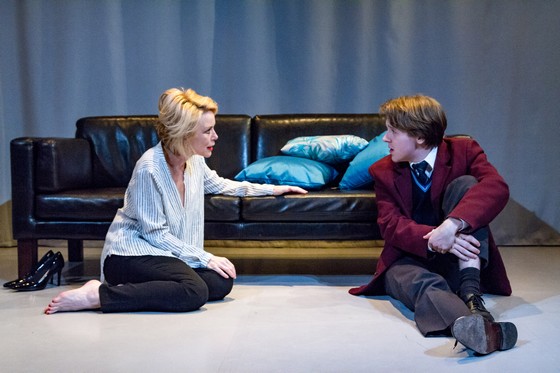 A revolving curtain allows for frequent scene changes with minimal scenery. That allows the action to move from Alice and Patrick’s home to the Deputy Principal’s office, Bob and Annie’s place and even a café. Chloe Greaves is responsible for set and costume design, THE SWEATS for sound and Kris Chainey for lighting.

Directed by Brett Cousins and Ella Caldwell, Fury is a provocative and brilliant work with some powerhouse performances. It’s playing at Red Stitch Theatre until 1 July 2018.