With a highly-demanding, entirely sung bed, Falsettos is hard work. The show was nominated for seven Tony Awards, including Best Musical, for its original Broadway production in 1992 and claimed two (for Best Book of a Musical and Best Original Score). 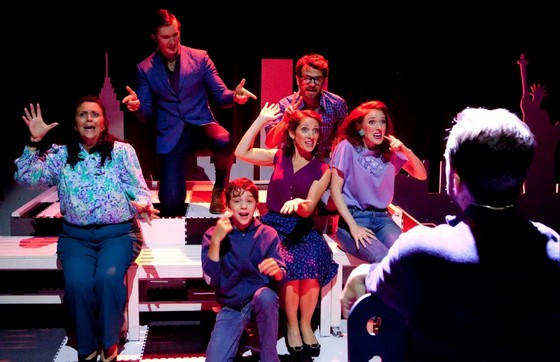 The story centres around a dysfunctional Jewish family. Marvin married Trina and they had a child, Jason. But then Marvin decided marriage wasn’t for him and he took up with a gay lover, Whizzer. Trina, trying to make sense of it all, visited Marvin’s psychiatrist, Mendel; a single man who immediately took a shine to her. Before this is over, Jason has to not only reconcile what his father has done, but decide whether or not to celebrate his Bar Mitzvah. Meanwhile, the ugly face of HIV/AIDS also plays a significant part in proceedings.

Unfortunately, I really struggled with the musical – notwithstanding the smart and witty lyrics by William Finn. I thought the plot was thin and didn’t sustain interest the way it was handled throughout its two-hour plus running time, notwithstanding its combination of humour, drama and pathos. Suddenly, the second act – which takes places two years after the first – introduces a pair of lesbians. I was left asking why. I didn’t think they added anything of substance. All in all, I was bored and frequently looked at my watch.

As far as the talent on show, foremost was Nick Simpson-Deeks, who did an excellent job channelling the psychiatrist Mendel. Vocally, he is superb; and couples that with an easy going manner. He brings a nice sense of comic timing. Sarah Shahinian, too, has her time to shine as the perplexed and overwrought Trina. The other cast members of significance are Don Winsor as Marvin, Sam Ward as Whizzer and Riley Floods as Jason (a role he alternates with Ben Jason-Easton). Francesca Arena plays Doctor Charlotte and Jenni Little is Cordelia (they are the lesbian couple), while Bianca Bruce also has a small role. 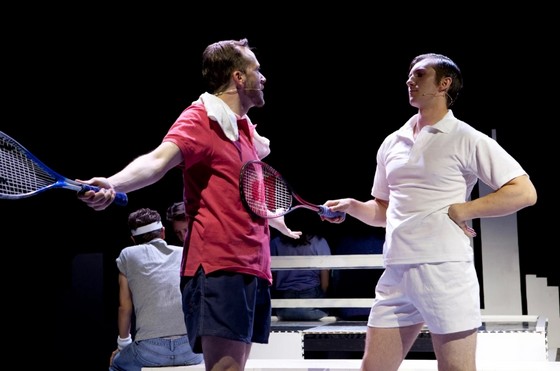 I thought David Butler was sensational on piano and as musical director. Dull staging – little more than black and white and grey coloured tiles and a few lightweight benches – is kept to a minimum.

While I’m a huge fan of StageArt’s work, Falsettos – directed by Tyran Parke – didn’t rock my world. It’s playing at Chapel off Chapel until 11 February 2018.