A stunning 60th anniversary recreation of the original 1956 Broadway production, including sets and costumes, My Fair Lady is a showcase of all that is great about musical theatre. It is, of course, the beloved tale of a Cockney flower girl named Eliza Doolittle. Her world is forever changed by the brilliant and demanding phonetician Henry Higgins, who accepts a wager to pass her off as a lady.

With book and lyrics by Alan Jay Lerner and music by Frederick Loewe, My Fair Lady is adapted from George Bernard Shaw’s 1913 play and producer Gabriel Pascal’s 1938 motion picture Pygmalion. 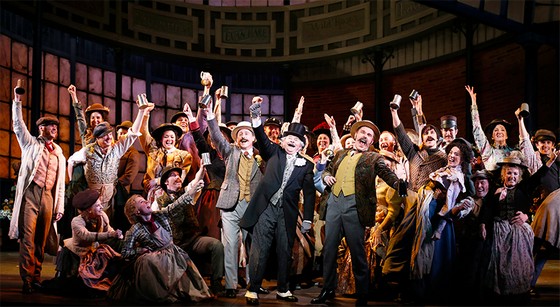 The cast is just extraordinary – perfectly on cue throughout, with a masterful command of their respective nuances of character. Sweet-voiced Anna O’Byrne (The Phantom of the Opera) –one of the finest I have heard and seen in more than 30 years covering the medium – is an outstanding choice as Eliza. Charles Edwards is inspired as Henry. His constant put downs of Eliza frequently result in a visceral response from a highly appreciative audience that recognises just how unpalatable and hurtful the remarks sound today, more than a century after they were first written. The justifiably revered Reg Livermore has so much fun as Alfred P. Doolittle (Eliza’s scheming father).

Other principal cast members include Tony Llewellyn-Jones as Colonel Hugh Pickering (with whom Henry has a bet) and Robyn Nevin as Henry’s mother. The role of Freddy Eynsford-Hill (Eliza’s lapdog suitor) is filled by Mark Vincent, while Deidre Rubenstein plays Henry’s housekeeper, Mrs Pearce. The set and costume designers (Oliver Smith and Cecil Beaton) have gone to extraordinary lengths to ensure the era depicted – London in 1912 – has been faithfully captured.

The opulence and majesty of several scenes is breathtaking. The choreography by Christopher Gattelli is another feature, elevating My Fair Lady to the highest echelons of the art form. And then there is the divine music (musical direction comes from Guy Simpson), highlights of which include “Wouldn’t It Be Loverly?”, “With a Little Bit of Luck”, “The Rain in Spain”, “I Could Have Danced All Night”, On the Street Where You Live” and “Get Me to the Church on Time” … simply put, faultless. 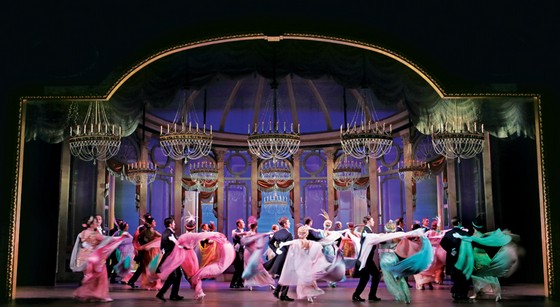 In her day, there could have been none better than the original Eliza Doolittle, Julie Andrews, to make the lead role her own, but now she has given her all in another capacity – as a director par excellence – to make this special production so, so memorable. With her at the helm, it is – indeed – impeccable.

If there was ever a lesson in how to extract the most out of musical theatre, this is it and we are all the better off seeing it at the grand Regent Theatre, where it is playing until 27th July. The show returns to Sydney for an encore season at the Capitol Theatre from 24th August.