A highly-charged thriller, Everybody Knows is intoxicating cinema. It’s the work of brilliant Iranian filmmaker Asghar Farhadi who has woven some of the finest stories in recent years including The Salesman, The Past and A Separation. 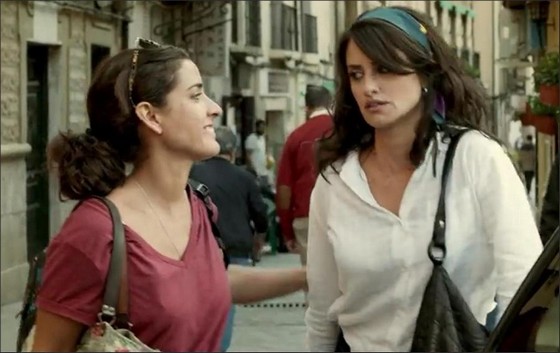 In Everybody Knows, a vital and beautiful girl disappears. Suddenly family threads start to unravel as a shadow of blame is cast. The consequences of the girl’s absence are deeply felt, especially by those closest to her.

Laura (Penélope Cruz) returns to the small Spanish village where she grew up to attend the wedding of her younger sister Ana (Inma Cuesta). Her husband Alejandro (Ricardo Darín) has remained in Argentina, but Laura isn’t alone. She’s traveling with her free-spirited 16-year-old daughter, Irene (Carla Campra), and her young son Diego (Ivan Chavero). She’s soon reunited with a close friend from days gone by, Paco (Javier Bardem).

Laura and Paco were once in love, but he too is now happily married. He operates a modest but successful vineyard with his wife, Bea (Bárbara Lennie). With Laura’s large extended family gathered to celebrate the nuptials, spirits are high and a sense of frivolity reigns. But the wedding night descends from joy to despair when Irene suddenly goes missing from her bed. A selection of newspaper clippings is left behind, with stories about a local child who was kidnapped years earlier.

Desperate, panicked and wracked with grief, Laura turns to Paco for support and assistance. As time passes, the situation only becomes more fraught.

The performances of all the leads are strong. The film takes pride in crafting a mesmerising picture of the wedding, filled with ceremony, dancing, laughter, food and drink in the most beautiful of locales. José Luis Alcaine’s (The Skin I Live In) cinematography is enchanting.

Tension mounts throughout as the stakes become ever more perilous. And then Farhadi turns the screws tighter, revealing even more secrets. He’s done a masterful job with a group of highly accomplished actors.