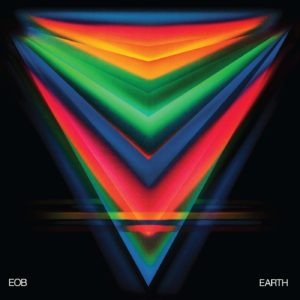 EOB is the moniker used by Radiohead guitarist Ed O’Brien for this debut solo venture, Earth, the music of which he has said was inspired by a year of living in Brazil with his family and, oddly enough, the 1991 album from the band Primal Scream, Screamidelica. While we’ve heard several solo albums from Radiohead’s de facto leader Thom Yorke, largely electronica focused works, the latest being last year’s Anima, and got to see and hear lead guitarist Jonny Greenwood’s collaboration with Indian musicians, Junun, open on the last Radiohead tour, this is the first-time O’Brien has stepped out on his own.

In some ways, O’Brien’s solo work recalls an earlier time in the life of the band Radiohead, when there was less deconstruction and they weren’t inclined to abandon a fun, melodic hook. O’Brien plays lots of instruments – guitars, keys, bass and drum programming, and mixes a strong electronica flavor with more organic, acoustic guitar elements, and for the first time sings lead, with a solid, natural singing voice. In “Banksters,” which dates back to the 2008-’09 financial crisis, O’Brien hangs his query, “where did all the money go” on a strong pop vocal hook, and plenty of 90’s synths.

The album opens strong with “Shangri-La” which builds out from a simple electronica beat to a big full-blown pop rock chorus framed by crunchy electric guitar chords. “Brasil” starts quietly with finger-picked acoustic guitar, O’Brien singing mournfully about “how much more of this to take,” then just over three minutes in, a solid beat is introduced which opens up to an electronica dance rave for 5 more minutes. Notably Colin Greenwood of Radiohead plays bass here. From there the album jumps around musically, with “Deep Days” offering a lighter pop song about committed love and devotion, while “Long Time Coming” is an acoustic guitar driven pop love song which could have come from a variety of 70’s folk rock artists in the Dan Fogelberg camp.

“Mass” offers a curious mix, that feels truer to Radiohead form. A clanking industrial beat played by Wilco drummer Glenn Kotche, O’Brien’s fingerpicking acoustic guitar, accented by a deep distorted tug boat of an electric guitar sound, all with a practically lyric-less ode to the desire to “stay in love.” “Sail On” is another floaty acoustic guitar piece as forgettable as “a summer breeze,” while “Olympik” is all in on the 80’s electronic dance beat, all 8 minutes of it with soaring synths providing all the accents. The album closes with “Cloak of the Night,” a return to a finger-picking ballad, with O’Brien in folk singer duet with Laura Marling, a satisfying close for a record that wants to be many different things at once.