With a fine, strong singing voice and a great sense of humour, to indefatigable 28-year-old Stephen Valeri opening those pipes is akin to breathing. He’s wanted to do it for as long as he can remember. And do it he does at breakneck speed in Your Diva Needs You. This is a 90-minute ode to the divas who shaped him – those (mostly female) superstars of song. 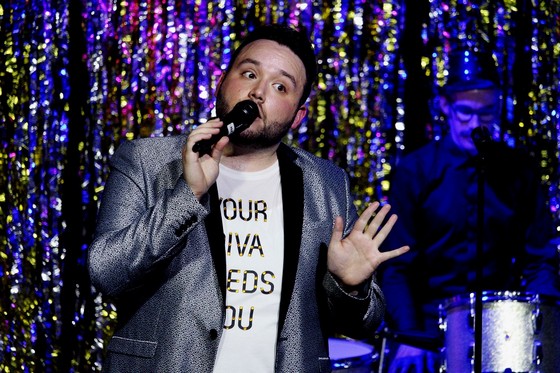 Babs (Streisand), Celine, Whitney, Kylie, Farnsie, Delta, Gloria Estefan, Human Nature, Savage Garden and many more get their time in the sun. He mixes it up with full numbers punctuated by vignettes, medleys and mash ups (about 30 tunes in all get a working over), “frocking up” and playing up at every opportunity.

Self-deprecating, Stephen weaves his life journey into a production that is part cabaret and part game show (he reads out clues and invites the audience to call out the diva he is referring to, even dishing out Fantales as rewards). His own, beloved “show and tell” items – from concert programs to Tazos – undoubtedly add to the occasion, with mirth and merriment the bottom line.

Backed by a three-piece band and a powerful female vocalist in Jacyln DeVincentis against a foil rain curtain backdrop, Stephen quickly wins us over with his home spun yarns and openhearted adulation. Musical direction and arrangements come from bass guitarist Tyson Legg. Kellie Anne Kimber is on keyboard and Andy Rousch on drums. 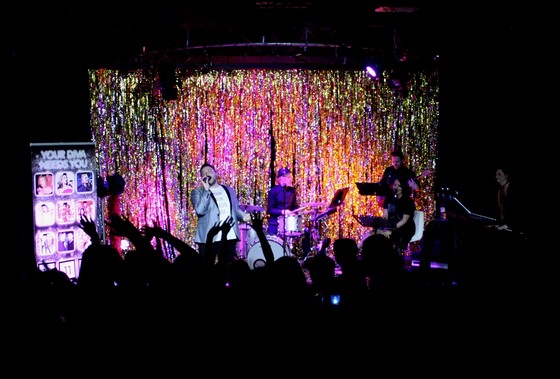 The show kicks off with the familiar strains of “The Sound of Music”, before Stephen appears in habit-forming garb. The stage is set, the reverential irreverence worn as a badge of honour. There are no sacred cows here, only a spirited Stephen Valeri, mostly vocally efficacious (a few numbers are a stretch), with a big heart.

Fun, feisty and deliciously frivolous, Your Diva Needs You is playing at The MC Showroom – Level 1, 48 Clifton Street, Prahran – until 29th October.