Cosi Fan Tutti Frutti is a good-natured and lively affair with mistaken identities at its core. Emotionworks – the brainchild of former Opera Australia principal and before that a jazz musician and singer Julie Edwardson – presents opera shortened and performed in English mashed with contemporary music, all of which follows a theme. Edwardson’s aim is to present opera up close and personal in a casual, affordable cabaret context outside traditional theatre. 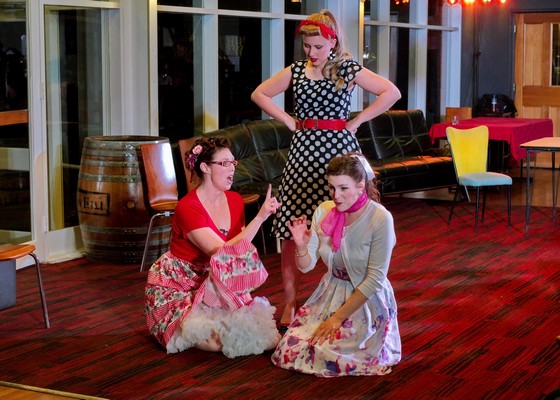 In this case, slapstick in approach, Edwardson has done a fine job blending the hilarious 1790 Mozart opera Così fan tutte with elements of more than 40 rock ‘n roll and pop songs, along with ballads. I’m talking the likes of Rock around the Clock, Why Do Fools Falls in Love, Blue Moon, Heartbreak Hotel, Crying, All Shook Up, Hound Dog and The Great Pretender. We also hear Put Your Head on My Shoulder, Let’s Twist Again, Johnny Be Good, Mr Sandman, Shake, Rattle and Roll, Pretty Woman, Unchained Melody, Dream Lover and Tutti Frutti.

At a 1950s concert, the headline act, Alfonso (Richard Woods), makes the claim to his two younger teenage friends, Guglielmo (Michael Lampard) and Ferrando (Patrick MacDevitt), that all women are floozies. They take issue with the contention, saying their girlfriends, Dorabella (Katrina Waters) and Fiordiligi (Kimberley Colman), would never be unfaithful. Alfonso bets them that they are wrong. From there the lads are ushered out of the way on a pretext (they are supposedly off to war), to be replaced by the same pair in disguise. Alfonso bribes his support act Despina (Rachael Findlay) to encourage the girls to “look for other options”. Hijinks abound.

The five operatic-trained voices are the pick of the performers, with soprano Kimberley Colman leading the way with her purity of form. Although each of the more contemporary numbers were familiar, I can’t say all were delivered with distinction. Adequate is a better description. Let’s just say some songs were better realised than others. It goes to show that good opera singers make good opera singers. 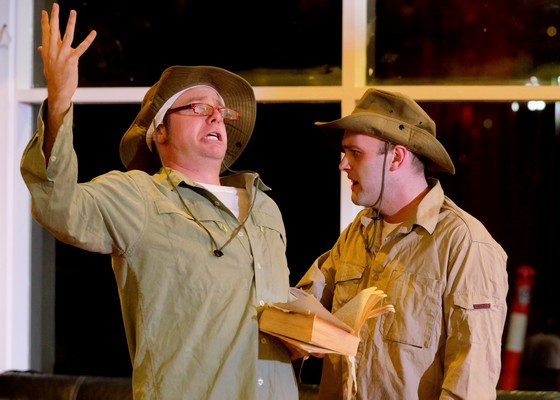