Churchill is a fascinating portrait of a man of high intellect who was facing a fight on two fronts in the final months of the Second World War. On the one hand there were the lives of hundreds of thousands of young men whose lives he was about to put on the line and then there were his own mental health issues. 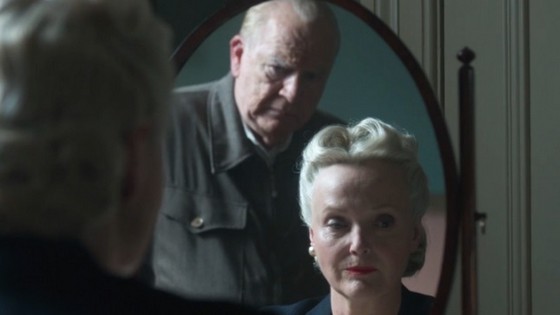 It is June 1944. Allied Forces stand on the brink: a million soldiers are secretly assembled on the south coast of Britain, poised to invade Nazi-occupied Europe. British Prime Minister Winston Churchill (Brian Cox – Troy) is deeply troubled. Behind the iconic figure and rousing speeches is a man who has faced political ridicule and military failure. With an impulsive, sometimes bullying personality, he is fearful, obsessive and hurting. Under his watch, 500,000 soldiers were killed on the beaches of Gallipoli in 1915.

Exhausted by years of war and wracked by depression, Churchill is a shadow of the hero who has resisted Hitler’s Blitzkrieg. Should the D-Day landings fail, he is terrified he’ll be remembered as the architect of carnage. For their part, the Supreme Commander of the Allied operation General Eisenhower (John Slattery – Spotlight) and British Field Marshal Montgomery (Julian Wadham – The English Patient) are increasingly frustrated by Churchill’s attempts to stop the invasion. King George VI is forced to intervene.

Only the unflinching support of Churchill’s brilliant, unflappable wife Clementine (Miranda Richardson – The Hours) can halt the PM’s physical and mental collapse.

Cox nails Churchill’s mannerisms and vocalisation, and for almost all of the film we witness the PM as a man torn and debilitated. He also stands out for his impeccable attire, perfectly turned out for events as the occasion dictates. Richardson, too, is compelling in her portrayal of his long-suffering wife, who knows what a balancing act she has on her hands.

The tension is built as we witness history in the making against this highly volatile backdrop, in which Churchill was one out with his views on how to bring the war to a close. His greatness remains unquestioned, but his ability to function effectively in this hour of need is another matter entirely.

Rated M, Churchill is an intriguing and insightful character study that scores a 7½ out of 10.