A scintillating script by British playwright Lucy Kirkwood and a trio of dynamic performances make for a highly involving two hours of entertainment in The Children.

The devastating effects of the Fukushima nuclear disaster in 2011 inspired the play. When Kirkwood heard about the heroism of the retired work force returning to the plant to help with the clean up, many ideas started to come together for her. Still in her early 30s, Kirwood has an understanding of generational responsibility beyond her years. 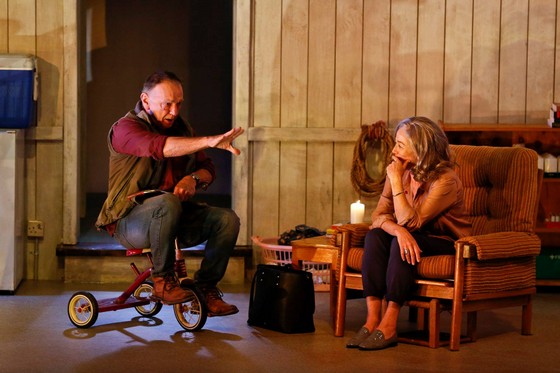 Hazel (Pamela Rabe) and Robin (William Zappa) live a quiet life in an isolated cottage on the English coast. The married couple are retired nuclear physicists. Their idyll however hides a calamity. Outside, the world is in chaos after a Fukushima-like incident. An exclusion zone has been established and the couple are dealing with the situation as best they can.

Then, an old friend and colleague, Rose (Sarah Peirse) arrives unexpectedly. Rose spent many years in the United States; and Hazel heard she was dead. She carries with her buried memories of the past – both personal and professional – and a confronting challenge for the future.

The plot cleverly unfolds in layers, punctuated by a series of shocks. These in turn elevate the tension and heighten the drama. Kirkwood also ensures that the interactions between the trio fluctuate between a series of one-on-one conversations and all-in exchanges. You see, while the three have a shared history, some interchanges are best handled delicately.

Humour and heartbreak are important ingredients in the mix. And a number of acerbic remarks weren’t lost on me either. Many harsh truths will be unveiled; and deeply held beliefs scrutinised. The Children appeals because of the intimate nature of the conversations and what they reveal. They pop up regularly to keep us hanging on each word, mesmerised by what we see unfold. All the action takes place in the kitchen and living room of the cottage.

Each character is an amalgam of vulnerability and strength. Hazel is persnickety and driven by routine, but fearful. Robin is a bit of a ladies’ man, but still pragmatic. Rose is a wandering soul who now brings a call-to-arms mentality. 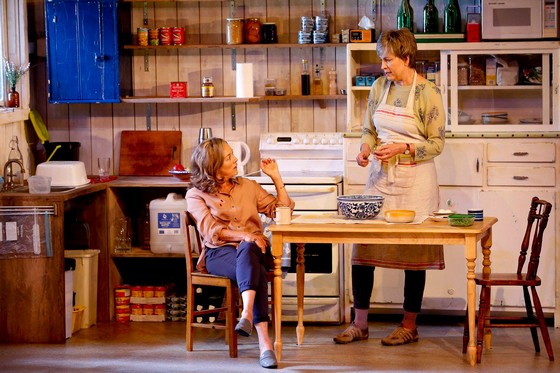 The cast breathe heart and soul into their respective roles. Rabe, Peirse and Zappa all shine, investing wholeheartedly in their personas.

The Children is a seriously mature play, brilliantly conceived and executed. MTC’s Associate Director Sarah Goodes has set a gold standard for the season ahead. It’s playing at Southbank Theatre, The Sumner until 10 March 2018. I saw the first preview performance.