A deeply distressing reality piece, Capharnaum pulls at the heart strings. The title translates to chaos and that’s what this film is about – surviving amid chaos. 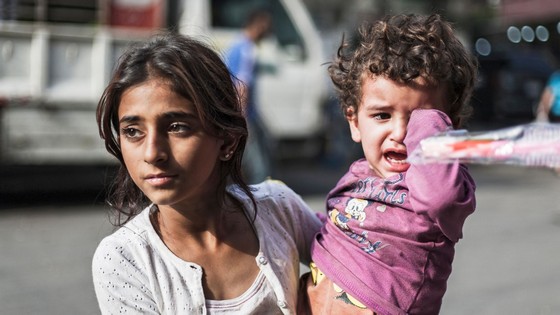 Zain (Zain Al Raffa) is a mistreated 12-year-old Lebanese boy. After being jailed for committing a violent crime, Zain sues his parents – mother Souad (Kawthar Al Bankole) and father Selim (Fadi Kamel Youssef) – for giving him life. He’s part of a large family that lives hand-to-mouth in a cramped, crumbling apartment. The kids work instead of going to school because their parents can’t afford to give them a formal education. Zain is very close to his 11-year-old sister, Sahar (Haita Izam). But when, out of desperation, Sahar is sold into marriage, Zain flees his troubled family in the hope of finding a better life.

An illegal Ethiopian worker, Rahil (Yordanos Shiferaw), takes pity on Zain while he’s begging in the streets. She takes him with her to her shanty house where she lives with her baby, Yonas (Boluwatife Treasure Bankole), and cares for Zain in a way his parents never did. But Zain is suddenly left as the baby’s sole caregiver when Rahil disappears. He’s forced to resort to increasingly desperate measures for both to survive.

Lebanese-born director Nadine Labaki (Where Do We Go Now?) cast non-professional actors with backgrounds similar to their characters. Zain Al Raffa’s real life is, in several respects, like that of his character. The same goes for Yordanos Shiferaw, a person without papers. Documents authenticate legitimacy; and without them, in a legal sense, people don’t exist. Labaki was inspired to create Zain’s mother by a woman she met who lived in the same conditions as those presented in the film and had 16 children. Six of them had died, while others were in orphanages because she couldn’t care for them.

The cinematography by Christopher Aoun captures in fine detail the hardship faced in these brutal surrounds.

You wouldn’t be human if you weren’t affected by the tragic events portrayed in this movie.