I’m delighted to be able to say that Cabaret retains the edginess that saw it take the entertainment world by storm when it first appeared on the scene more than 50 years ago. Given the hostile political and cultural climate in which we are living today, its present-day relevance certainly wasn’t lost of me either. In fact, it is incredibly poignant.

A host of big names bring to life the German mood and proclivities of the 1930s. The story surrounds the fortunes of a young American with writer’s block, Clifford Bradshaw, who arrives in Berlin to try to craft his second book and whose eyes are well and truly opened to the sights, sounds and smells of the city. Much of the action takes place in the seedy Kit Kat Klub, which is where Bradshaw first encounters cabaret performer Sally Bowles. He is enchanted by the city and its vibe, but the mood turns decidedly darker as the Nazis rise to power and their jackbooted approach terrorizes law-abiding citizens. 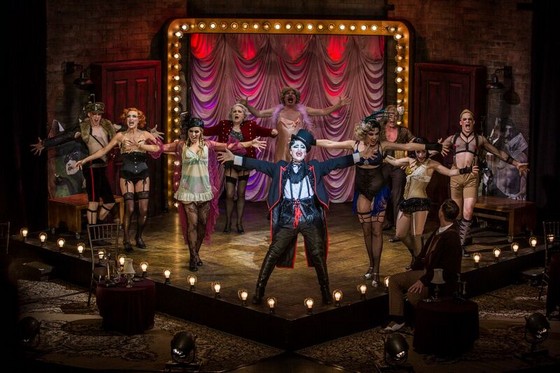 Cabaret walks the tightrope of entertainment and serious political consciousness and is all the richer for doing so. Paul Capsis was born to play the Emcee. He owns the role and is a commanding presence. I was particularly taken by the layered performance of Chelsea Gibb as the vulnerable Bowles, which brought instant fame to Liza Minnelli when she played that role in Bob Fosse’s multi Academy Award winning 1972 movie (Cabaret claimed eight Oscars). It also claimed 12 Tony Awards.

With a book by Joe Masteroff and music and lyrics by John Kander and Fred Ebb, Cabaret is based on The Berlin Stories by author Christopher Isherwood. Isherwood exchanged his upper-middle-class conservative upbringing for the sexual freedom and social liberation of Berlin during the bustling ‘30s and Cabaret is a semi-biographical portrait that celebrates life on the edge. 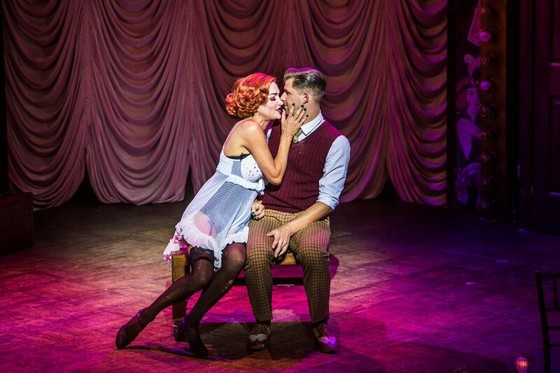 It opened on Broadway on 20th November, 1966. Harold Prince directed with Joel Grey as the Emcee. Judi Dench played Bowles in the first West End run, which started on 28th February, 1968. The musical was first staged in Australia in 1971, when Nancye Hayes was Bowles and Jon Ewing the Emcee. It was most recently revived in 2002 when Toby Allen (Human Nature) played the Emcee in Sydney and Tina Arena was Sally. Lisa McCune took over that role in Melbourne and Rachael Beck subsequently played her on tour, with Todd McKenney eventually becoming the Emcee.

With iconic songs such as “Willkommen”, “The Money Song” and “Cabaret” (15 numbers in the first act and seven in the second) and a superb, evocative set, indicative of the era, I was besotted anew with Cabaret, circa 2017. It is playing at The Athenaeum Theatre until 20 May 2017.