Corny but endearing, Bumblebee gives a young audience exactly what it’s after in a continuation of the Transformers’ series. With Hailee Steinfeld (The Edge of Seventeen) in the lead, it could actually be the best of the breed (which now extends to six films dating back to 2007). 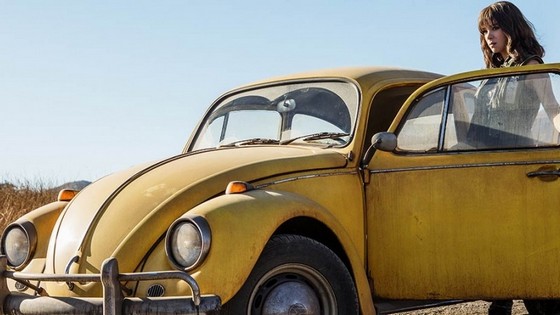 The year is 1987. The Autobots, led by Optimus Prime, are ambushed by their enemies, the Decepticons, as they prepare to leave their home world. Optimus sends a young scout, later to be renamed Bumblebee, to Earth to set up a new base of operations where the Autobots can regroup. Bumblebee crash-lands in California during a military exercise. Despite facing heavy opposition, he manages to transform into a 1967 VW beetle before entering stasis.

Later, Charlie Watson (Steinfeld) finds the dusty yellow car in a scrapyard. She’s a teenage outcast traumatised by the death of her father and resentful of her mother Sally (Pamela Adlon) for remarrying. By repairing and taking the vehicle home, Watson accidentally reignites a power play between the Decepticons – intent on destruction – and the Autobots (who have urged Bumblebee to defend Earth in their absence).

Who would have thought the affection between a highly sophisticated killing machine (Bumblebee) and a teen hurting from the loss of her dad could be so well captured? It’s not just the chemistry between Steinfeld and Bumblebee, but also the remarkable attention to detail when it comes to the facial expressions and body movements created by the animators.

There were a couple of real tear-jerker moments and a number of memorable scenes, including Bumblebee’s first appearance in the garage. Humour is a key reason why this installment of the franchise works so well.

The relationship between mother and daughter could have been developed further. It was a little thin; although the basic dynamic was established. We also get the budding romance between Steinfeld and her neighbour, Memo (Jorge Lendeborg Jnr).

Sure, a lot about the plotting was obvious, but I dare say it was always going to be. Nevertheless, the story had heart and quickly built traction.