A big voice with strong vocal range, a dynamic personality, good humour, reflections about the world and homespun philosophy greet those who venture into Chapel off Chapel in a tribute to two prodigious talents with Bowie & Mercury Rising. Couple that with a highly accomplished pianist/keyboard player, in the form of creator Warren Mills. The award-winning musical director and composer has worked on Broadway shows over the past 30 years and has credits on more than 50 productions. 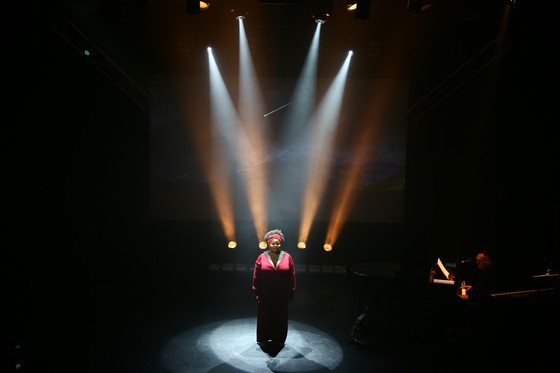 Then add modern balletic dance moves in costume from Jessica Mortlock and you have 80 minutes – excluding interval – reinterpreting many of the songs of David Bowie and Freddie Mercury, lead singer of Queen. I shouldn’t overlook a large video screen that sits as a backdrop onto which words and images, in keeping with the subject matter, are projected.

Bowie & Mercury Rising celebrates the music and lives of the couple who stamped their mark on world music through the eyes of a London actress who searches for hope after the former’s death (he passed away on 10 January 2016). Several favourite numbers are given treatment, along with some of the lesser lights, all with reverence.

From ballads to full-throated vocalisations, Zimbabwean-born, Melbourne-based Thando Sikwila (StageArt’s Dreamgirls) does it all. Her confidence and easy going manner wins us over from the get go. I am not sure what, if anything, the dance sequences added to the show, other than giving Sikwila frequent breathers. 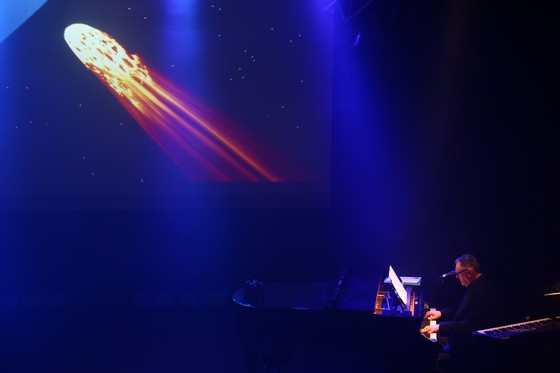 I would have been quite happy to hear wall-to-wall singing, especially as Sikwila is so, so gifted. She even gets the audience warbling. And if she needed a break, another riveting instrumental from Wills, such as that which we had the good fortune to hear and see as part of this production already, would have been sufficient.

Closing with “Heroes” and “We Are The Champions”, Bowie & Mercury Rising is a reminder of just how bright a legacy the gargantuan talents left. It is playing at Chapel off Chapel for only five shows, ending on 30 July 2017.