Somewhere in cinema land there’s a space in between Ghost World, Superbad, The Breakfast Club and Ferris Bueller’s Day Off. In that space, you’ll find Booksmart.

Actor Olivia Wilde turns her hand to directing in this very funny but sharply observed teen comedy. It’s also – completely unexpectedly, one of the more empathetic films of the year. A screenwriting team of four – Emily Halpern, Sarah Haskins, Susanna Fogel and Katie Silberman – collaborated on the script. But unlike the efforts of some similarly-sized teams on bigger-budget movies, they’ve crafted something intricate and interesting. 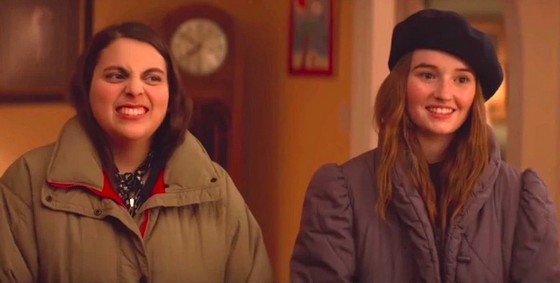 Booksmart largely takes place over one day – the last day of school for its protagonists Amy (Kaitlyn Dever) and Molly (Beanie Feldstein). They’re best friends who’ve dedicated themselves to study so they can get into good colleges. But over the course of the day, they come to a horrible realisation. The “slackers” who’ve seemingly goofed off and partied hard have gotten into the same colleges. With graduation happening the next day, Molly convinces Amy they need to go to one party before they leave school. And bad-boy Nick (Mason Gooding) is hosting that party. Thing is, neither Amy nor Molly knows where the party is. So they set out with a vague plan that predictably goes awry almost immediately. But they won’t be deterred; even if their night takes a number of wild detours.

The “big teen party” trope is hardly new, and so far as it goes, Booksmart doesn’t mess with it too much. But Wilde and her team subvert conventions in their nuanced script and keenly written characters. In the first act, I was sure I could pick the stereotyped characters – you know, the dweeb, the jock, the stoner, the rich girl. But by the end of the film, all my expectations about them had been up-ended. And that’s Booksmart’s greatest achievement – creating stock characters but taking them somewhere very different and unusual.

Wilde also demonstrates a fine director’s eye. She has a good grasp on the visual language of the film (one scene near the end is quietly spectacular) and clearly knows her characters well. Although she might have been a little more judicious in editing a couple of scenes, the film has a nice flow to it. She also shows how a teen movie can be raunchy without being gross.

Beanie Feldstein really builds on the promise she showed in Lady Bird, making Molly a truly memorable character. Her comic timing is impeccable too. Kaitlyn Dever moves on from television (Last Man Standing) and minor roles in movies like The Front Runner to make a real mark as Amy. The supporting cast include some top-line comedians like Jason Sudekis (Kodachrome), Lisa Kudrow (Long Shot) and Will Forte (The Lego Movie 2). They’re all hilarious. Look out too for up-and-comer Jessica Williams in a pivotal part. Younger actors Skyler Gismondo (Santa Clarita Diet), Molly Gordon and Diana Silvers all impress in smaller roles.

Even if the thought of yet another teen movie puts you off, I’d urge you to give Booksmart a chance. It’s funny, unpredictable and, yes, smart.