What a superb piece of writing, so magnificently realised … set up with a crackerjack opening monologue! Big Heart should be mandatory viewing in an ever-burgeoning multicultural Australia.

Mother (Andrea Swifte) is affluent – significantly so. She has married and divorced twice and never aspired to give birth naturally. Now though, she decides the time is right to adopt five babies from five continents and so it comes to pass. She can give them all the creature comforts, send them to the best schools, let them see and experience the world, and ensure they never want for anything … but if only the formula to ensure contented lives was that simple. 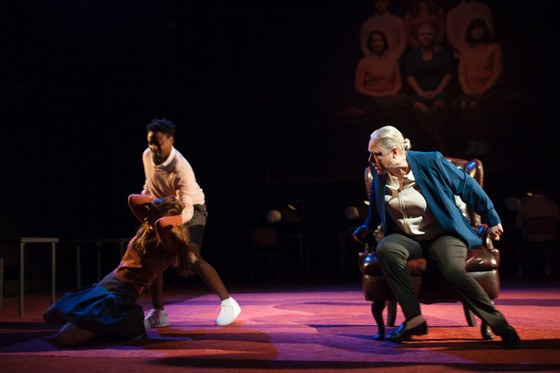 Big Heart delves into the growth and maturation of Mother’s children, three girls and two boys. Daniela (Elmira Jurik) is from Vietnam, Edward (Vuyo Loko) was born in the Sudan and Elizabeth (Kasia Kaczmarek) is Bosnian. Charlotte (Daniela Farinacci) was adopted in Nicaragua, while Charles (Sermsah Bin Saad Suri) is an Indigenous Australian. We see aspects of their distinct personalities come to the fore, the competition between them, the questioning at being left by their birth mothers and a desire to reconnect with “home” or not, as well as the effects of “having it all” on tap.

Fits of pique, petulance, violence, drugs and sexuality are all dealt with in one way or another. Through it all Mother loves them equally, but life is not always easy. In fact, at times far from it. Swifte is outstanding in the lead. As the guiding force, she presents as stoic but constantly tested, a person of substance with the best of intentions. Each of Mother’s children has a time to shine, to stamp his or her mark on the production and that they do … admirably. This is the sort of play where you yearn to learn more and more about the children and the paths they take in life, the hardships they endure and the triumphs they celebrate.

The minimalist set by Marg Horwell, involves a single maroon wingback armchair, six small standalone tables and five study desks. On the back wall is a very large “happy” family portrait. Then there are a few props, such as sporting equipment and small wheel along suitcases. The costumes (again the work of Marg Horwell) are simple but effective, with colour changes representing the different ages of the children (all wear the same hues at the same time). The mood is established with the music – mainly classical, with one noteworthy exception. The composer is Darius Kedros. I was so taken by the brilliance of Patricia Cornelius’ writing, coupled with the fine direction of Susie Dee – a match made in heaven. They have worked together for 30 years and it shows. 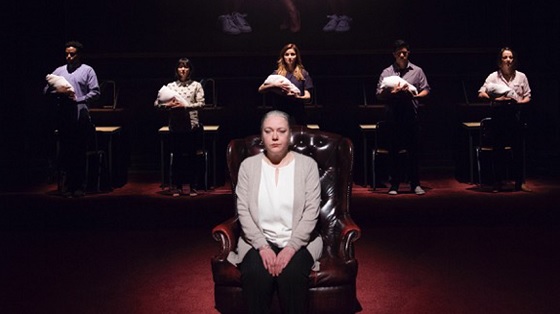 Big Heart, which tackles the fears and prejudices embedded in our nation’s identity, and deals with multiculturalism, racism and class, was commissioned by the University of Southern Queensland and I am so pleased it was. It is one of those pieces that you want to see again. There is so much about it that raises points of discussion. It is also immensely enjoyable to watch – dramatic, disturbing and, from time to time, amusing – moving along at pace. I wouldn’t have minded if the 90 minutes without interval had extended to two hours plus break, such was my enthusiasm for what was unfolding.

Big Heart is undoubtedly one of the year’s best offerings – theatre as it should be – challenging, controversial and highly entertaining.