Do you have a list of books you were hoping to have read this year? Are you despairing that you’ll never get to cross those titles off? I hear you. The Best Australian Stories 2017 may help to fill your literary cup. 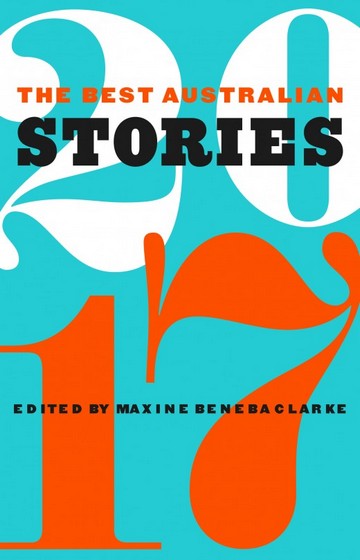 Maxine Beneba Clarke edited this collection of Australian short stories. Herself an award-winning author and slam-poet, Beneba Clarke has written a book of short stories, Foreign Soil; a memoir, The Hate Race; a book of poetry, carrying the world, and a children’s picture book, The Patchwork Bike. In her work, Beneba Clarke draws on her experience as a female, as a single mother and as a person with brown skin growing up in a white suburb. She illuminates Australian culture, and normalises diversity. Her curatorship of The Best Australian Stories 2017 makes for a memorable, cohesive collection.

In an interview with The Regal Fox, Beneba Clarke likens her experience of selecting the stories to, “slicing open the mind of literary Australia”. Beneba Clarke has taken a tidy slice from the collective mind of writers both well-known and unknown. She’s arranged these contents in an aesthetically and cognitively satisfying way, ready for us to delve into. Readers will notice a palpable mood and some clear preoccupations inhabiting the Australian psyche. The collection is linked together by the recurring theme of children who are missing, lost, taken or gone. The book’s twenty-one authors play with place, migration, culture, relationships, politics, imagination, and memory.

In Tony Birch’s Sissy, a high achieving girl is offered a holiday with a wealthy family. ‘…people who offer holidays are all good families,’ she tells her mother.

Another mother tries to be grateful for her adult son’s well-rounded character and good health. She mourns his childhood, which was inexplicably skipped over in the course of a school day. New families move into the neighbourhood, hoping their children too may skip from primary-school-student to wage-earner overnight, in Jennifer Mills’ Miracles.

Allee Richards balances humour and heartache in the chilling Perry Feral. A suburb with ‘not that many trees,’ feels at once benign and foreboding. A teenager warns, ‘you should never give anyone in one of these towns a reason to remember you.’

Julie Koh explores division with absurdity in The Wall. A housewife finds herself separated from her husband by a government-erected wall. The wall has been built across the middle of Australia to ‘keep the Chinese out,’ and has divided the woman’s house in two.

‘Which button do I press to start the washing machine?’ asks her husband. She realises that the wall has left her without ‘the laundry or the bathroom or the kitchen, or even the garden taps.’

Through the susceptible eyes of two young girls in Slut Trouble, Beejay Silcox examines the value judgements that influence media coverage of abductions of women. I ached for all young women as I watched the friends internalising messages about violence, sexuality and gender.

Josephine Rowe’s Glisk, stood out for me. Rowe conjures vivid imagery to evoke childhood memory. She handles the complexity of sibling relationships well, and captures the oppressive presence of grief in small Australian towns, long after tragedy has occurred.

In Cassie Hammer’s By Proxy, Rosa is on a boat bound for Tasmania. She is seasick and wants to die. Tomorrow she will be married, but now, ‘sleep is a butterfly beyond reach.’

Zhen migrates to Australia with his parents. He manages the cultural divide by splitting into two versions of himself, in Elizabeth Flux’s One’s Company.

There’s nothing like picking up a book, and finding stories of your home on its pages. The Best Australian Stories 2017 depicts a familiar Australia morphing into some place new. The books’ voices are distinct, yet familiar. Taken together they form a choir. Beneba Clarke writes in her introduction that these stories, ‘sing of the country that we are. Of our history, and our hopes; our battles and our dreams’. These stories are moving, intelligent, and worth a read this summer.