Esther Hannaford, take a bow. What a star! Beautiful: The Carole King Musical is a showcase of all that is great about musical theatre – joyful and triumphant, with Hannaford front and centre. The music is outstanding – hit after glorious hit – with superb voices to match.

The story is wonderfully crafted – lovingly populist, with plenty of humour, heart and pathos. The staging is colourful, the set changes frequent and seamless, and the pacing dynamic. It sure moves along and keeps you engaged and entertained throughout. 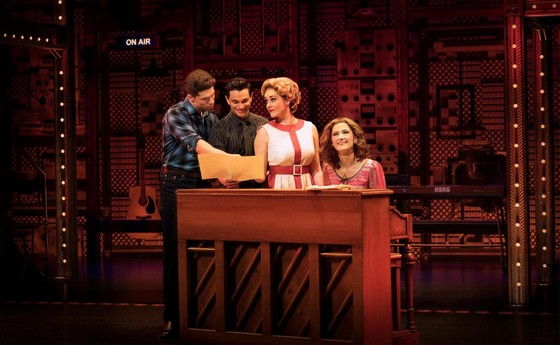 Set between the 1950s and ‘70s, the musical charts the true story of the legendary singer’s journey from teenage songwriter to international superstar. That includes her troubled relationship with husband and song-writing partner Gerry Goffin – which included frequent bouts of infidelity, mental illness and substance abuse. It showcases their close friendship and playful rivalry with fellow songwriting duo Barry Mann and Cynthia Weil.

There are 15 numbers in the first act and 10 in the second. Among the timeless songs we get to hear are You’ve Got a Friend, Will You Love Me Tomorrow, It’s Too Late, Locomotion, (You Make Me Feel Like) A Natural Woman and I Feel the Earth Move. And then there are the chartbusting Mann/Weil tracks, including You’ve Got That Lovin’ Feeling, On Broadway and We Gotta Get Out of This Place.

King’s mother told her that women don’t write songs and encouraged her daughter to teach music instead. Thankfully Carole didn’t listen to that piece of advice. She sold her first hit when she was only 16. By the time she was 20 she was writing number ones for the biggest acts in music, including The Drifters, The Shirelles, Aretha Franklin and The Monkees. But it wasn’t until her personal life had fallen apart that she finally managed to find her own voice. That is when she stepped into the limelight with music that would become the soundtrack of a generation.

In a beautifully nuanced performance, Esther Hannaford (Little Shop of Horrors) perfectly channels the ordinary girl with an extraordinary talent, Carole King. King’s personal journey would see her go on to write and record one of the finest albums of all time, Tapestry. It held the number one spot for 15 consecutive weeks, remained on the charts for nearly six years and sold in excess of 25 million copies.

Tapestry garnered four Grammy Awards, including Album of the Year, Record of the Year, Song of the Year (King was the first woman to win the award) and Best Pop Vocal Performance (Female).

What a strong, dynamic and pure voice Lucy Maunder (Matilda The Musical) – who plays King’s friend and fellow songstress Cynthia Weil – has. The pair is ably complemented by Josh Piterman (West Side Story), who fills the role of Carole’s husband Gerry Goffin, and Mat Verevis (a top four finisher in The Voice) as Weil’s partner in song and life. Mike McLeish (Georgy Girl: The Seekers Musical) is cast as music producer Don Kirshner, the man who gave King her break and then employed her, while Anne Wood (Mamma Mia!) plays King’s mother Genie. 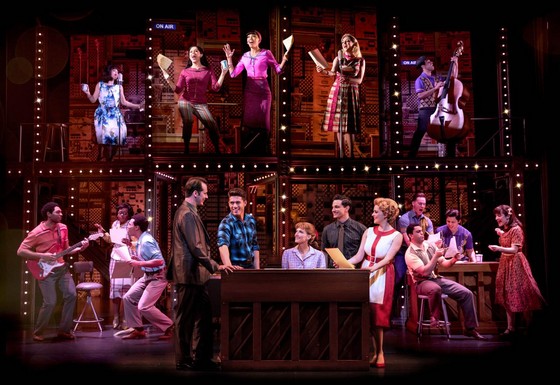 A talented 12-strong ensemble fills the roles of the soloists and supergroups performing the hit tunes of the singer-songwriter duos. Much credit must go to the writer Douglas McGrath – a Tony, BAFTA and Academy Award nominee – who made his writing and directorial debut with the film adaptation of Jane Austen’s Emma. He also collaborated with Woody Allen on the screenplay for Bullets Over Broadway.

Beautiful is directed by Marc Bruni and choreographed by Josh Prince. It opened on Broadway in January 2014, winning two Tonys and a Grammy for Best Musical Theatre Album. It kicked off in London in February the following year, claiming two Olivier Awards. Beautiful: The Carole King Musical is playing at Her Majesty’s Theatre in Melbourne until 24th June, 2018. It is a magical production that will make your heart soar.