It’s been a while between drinks (Bad Boys II came out in 2003, five years after the original), but Will Smith and Martin Lawrence still have unmistakable chemistry. With a high-octane script, plenty of action,  and no shortage of good humour, Bad Boys for Life is an unexpected winner. Unexpected because I approached it with relatively low expectations, which were well and truly exceeded. Sure, it’s violent, but it’s also fun. 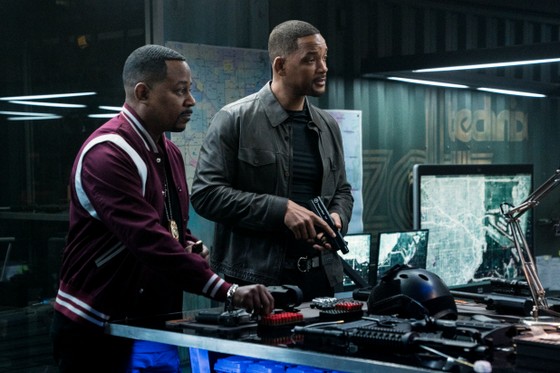 Smith and Lawrence return in two of their signature roles as detectives Mike Lowery and Marcus Burnett. With the birth of his first grandson, Burnett is ready to retire – something he’s been threatening to do for some time. Not so, perpetually single Lowery, who drives a Porsche at speed through the streets of Miami and craves the adrenaline rush that comes with the job. Also, the last thing he wants Burnett to do is to opt out. But then things go haywire.

The dangerous Isabel Aretas (Kate del Castillo), who Lowery helped capture, escapes from prison and uses her assassin son to wreak vengeance on everyone who put her there. Heading that list is Lowery, although he doesn’t yet know it. Lowery’s bull-at-a-gate approach doesn’t reconcile with a new police unit known as AMMO (Advance Miami Metro Operations), which has introduced high-tech investigative tactics to the Miami P.D. Although it is the brainchild of risk-averse Captain Howard (Joe Pantoliano), its implementation is the domain of a former Lowery flame and fellow cop Rita (Paola Nunez), who effectively runs the show She brings a specially trained new breed, not all of whom Lowery sees eye to eye with.

Laurence is outstanding as the more sedate of the partners. He has a great sense of comic timing throughout and is gifted some choice one-liners. Smith is comfortable in his alpha male role and there is definitely a smouldering intensity in his interplay with Paola Nunez as Rita. I also really enjoyed Pantoliano’s performance as the Bad Boys’ highly-strung commanding officer.

Much of Bad Boys for Life’s success comes down to the writing and direction. The screenplay is the work of Chris Bremner, Peter Craig (The Town) and Joe Carnahan (The Grey), with direction from Adil El Arbi and Bilall Fallah. The film is also visually strong and engaging. The director of photography is Robrecht Heyvaert, with whom the directors had worked previously.

This third episode can certainly be seen and appreciated without having seen the earlier two, but for those who have, it turns out to be a welcome return to the franchise (and a fourth instalment is on the way).