Etta James’ sassy soul anthem Tell Mama may reassure listeners to ‘tell mamma about it’, but when Vika Bull begins Act One of the smash hit show At Last: The Etta James Story with the funky, high-spirited number, it is the audience who has desire to hear more. 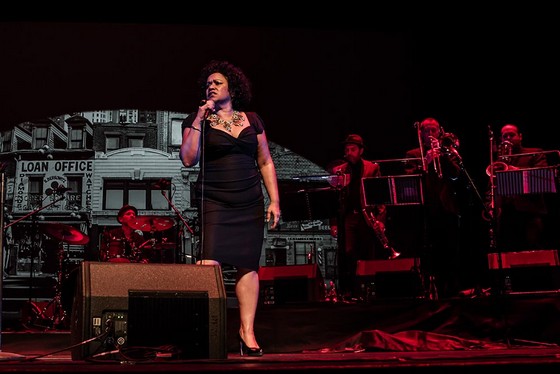 Bull’s love for James is clear and immediately her dynamic vocals compel as she invests her heart and soul into this unforgettable show, in celebration of the soul legend’s life, work and voice that in Keith Richards’ words, ‘could take you to hell or take you to heaven”. Over the course of two hours, Vika is joined on stage by some of Australia’s finest musicians to tell the turbulent but remarkable story of the artist formerly known as Jamesetta Hawkins, including her tumultuous youth and time as Chess Records first major female star and periods of petty crime, drug addiction, poverty and psychiatric hospitalisation on the road to becoming a six-time Grammy Award winning music icon with a star on the Hollywood Walk of Fame, who continues to inspire artists’ today.

The narrative concert careers us through the jazz and blues singer’s chaotic life and 30 albums, as it nestles narration between some of her most beloved songs, in show of how her music transcends genres. It is a story set to history and it is wonderful to hear this reflected in the soundtrack’s different styles as it takes us from to doo-wop of James’ first, 1954, R&B hit Roll with Me, Henry (retitled The Wallflower when Modern Records decided the original title was too explicit) through to the sounds of ‘70s soul funk in Out on the Streets Again.

Vika Bull is absolutely sensational. Her force-of-nature voice is ideal for recreation of James’ distinctive sound. She sings every number fiercely and with her entire body, soaring her guteral vocals to the rafters. And while In the Basement best suits her sound, her vocal versatility means that her rawness and emotional expression enlivens snappy jazz and raunchy blues numbers alike, luring audiences in love songs and laidback, slow-burn ballads.

Act Two’s I’d Rather Go Blind is goosebumpily good. Bull’s moving expression of the sad song about the one you want wanting someone else, is passionate and heartfelt. And her smoky Fool that I Am and sorrowful I Want a Sunday Kind of Love are likewise beautiful. And there is, of course, James’ sultry signature song and popular wedding number, the titular At Last from her 1960 debut album. In Bull’s hands the immortal song is appropriately poignant in its vulnerability, She also sizzles through I Just Wanna Make Love to You, and uses her high-octane vocals to take W.O.M.A.N and James Brown’s It’s a Man’s Man’s Man’s World to fantastic, feisty places.

Bull is a generous performer who personally gives her all, yet still celebrates the musicianship of those on stage along with her, members of the seven-piece ensemble, The Essential R&B Band, led by John McAll. And while collectively they are excellent, particularly in their add of big band sound to Act One’s closer, Sugar on the Floor, it is marvellous that band members are all given their respective moments to shine. Tough Lover, features an impressive trumpet solo by fellow narrator Tibor Gyapjas and Anton Deleca adds saxophone swing to Good Rockin’ Daddy. On piano, McCall attaches an upbeat feel to make ‘Lovesick Blues’ all the more invigorating and Act Two opens with an impressive guitar solo from Dion Hirini, leading the audience into the raw and earthy Come to Mama. 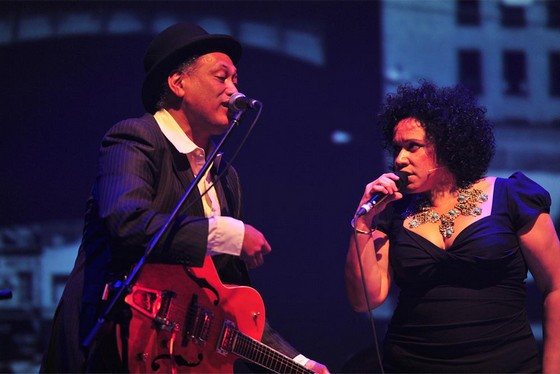 At Last: The Etta James Story is a slick show, as one would expect from a production that has already experienced such national and international success; yet it never feels like performers are going through the motions. Indeed, its energy is infectious, especially in showcase of the cross-selection of James’ various styles. The songs sizzle compared to the in-between narration, especially thanks to Bull’s stunning performance and right from the beginning of the show’s first number, it is apparent that her efforts will be received with a well-deserved standing ovation. This is a show for Etta James fans of course, but also for music lovers too and it is one not to be missed.

At Last: The Etta James Story is at the Powerhouse Theatre, Brisbane Powerhouse from 27 – 30 June 2018.