Gerard Butler is at it again … saving the leader of the free world from a secretive group intent on bringing him down. Angel Has Fallen is the third installment of the franchise that kicked off with Olympus Has Fallen in 2013, followed by London has Fallen three years later. 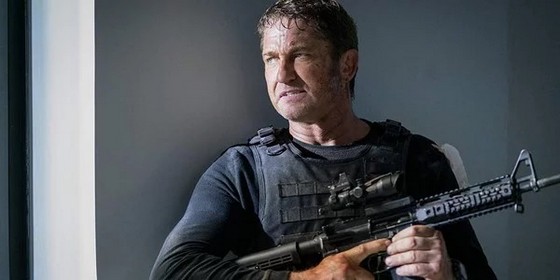 Secret Service Agent Mike Banning (Butler) is wrongfully accused after an assassination attempt on President Allan Trumbull (Morgan Freeman).  After escaping, Banning goes on the run and must evade his own agency and outsmart the FBI in order to find the real threat to the President. Desperate to uncover the truth, Banning turns to unlikely allies to help clear his name, keep his family from harm and save the country from imminent danger. The title is drawn from the fact that Butler is the President’s guardian angel, but suddenly he’s the one out of favour and in the firing line.

Angel Has Fallen is heavily sign-posted, with scripting that isn’t exactly top shelf. Ric Roman Waugh (Snitch) directs and co-wrote the script. Unlike the previous two installments, the character creators Creighton Rothenberger and Katrin Benedikt haven’t had a hand in this one. But the action sequences are pulsating and spectacular. And some of it involves “stuff” we haven’t seen before (I won’t spoil the surprise).

I found it remarkable how everyone, including the President, kowtows to Mike Banning even in his darkest hours. I keep thinking back to how Bruce Willis’ John McClane was treated with similar reverence in the Die Hard series.

Although looking decidedly more grizzled, Butler is up to the he-man antics. Talking of grizzled, Nick Nolte makes quite the impression as an old timer with a big chip on his shoulder.

Look, Angel Has Fallen is a lad’s shoot-‘em-up type movie that will get the blood pumping.