Ricardo Darín (Wild Tales) and Mercedes Morán (The Motorcycle Diaries) play Marcos and Ana in An Unexpected Love. The long-married couple are led to question the true meaning of love after becoming empty-nesters. 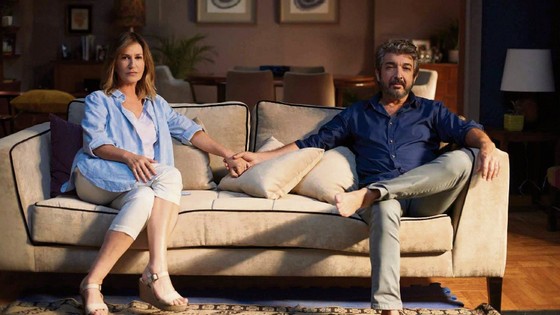 Their son Luciano (Andres Gil) is leaving his Argentine homeland to study abroad. When Marcos and Ana arrive at the airport to farewell him,  they’re certain they’ve done well as parents. But Luciano’s departure leaves a significant hole in their lives. After more than 20 years of marriage, both reluctantly admit that their feelings for each other have shifted. So as if it were one last project together, Ana and Marcos decide to “consciously uncouple” and begin to explore the world of being newly-single. But the results are not all they’re cracked up to be.

Written by Juan Vera and Daniel Cúparo, An Unexpected Love is directed by Vera, who makes his directorial debut.

The narrative arc is obvious from the start. In short, it plays on the adage that grass is always greener on the other side, only to find out it isn’t. The characters talk a lot, but it seems about not all that much. An Unexpected Love attempts to be cute and funny, but didn’t do a great deal for me. I simply wanted to get to the end.

The acting is fine – two established actors play their roles as they would be expected to – but I struggled with the scripting.

Marcos and Ana could have had more interesting things to say and do. But then again if you like stories about the mundane, go for it.