Shaun the Sheep (2015) was one of the funniest animations – in fact movies per se – that I have seen, so I was mighty keen to see the sequel. It has a lot in it to satisfy children, but not so much adults – as the first one did. Set in the quiet township of Mossingham, Farmageddon has an alien invasion storyline. 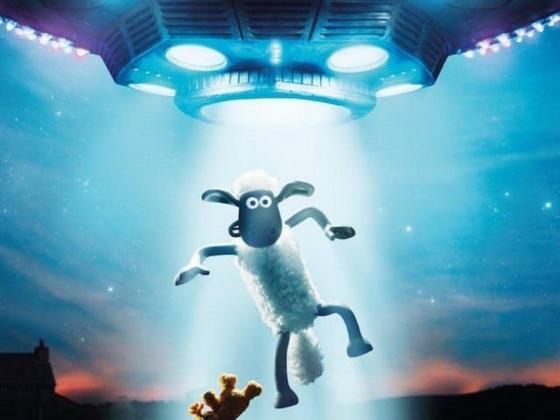 In fact, we are talking about one alien (and a child at that) … who ended up on Earth by mistake. That impish and adorable creature called Lu-La crash-lands near Mossy Bottom Farm, home to Shaun the Sheep. It is there that he crosses paths with Shaun, who continues to drive long-suffering sheepdog Bitzer crazy with his clever hijinks.

In reality, Lu-La – who has a few tricks up his sleeve, including moving objects through the air – is just keen to be reunited with his mother and father. But that proves far from straightforward as an alien-hunting government agency, spearheaded by the formidable Agent Red and her bunch of hapless, hazmat-suited goons, is hot on his tail. Mind you, she too has an alien back story that plays out during the course of the movie… and brings a measure of pathos to the piece. So does the emotional connection between Shaun the Sheep and Lu-La, and – believe it or not – the farmyard dog.

Not a word is spoken, but there are lots of sounds mimicking speech. Lu-La has a photographic memory allowing him to mimic others’ utterances – a nice touch.

I also liked the characterisation of the farmer’s attempt to cash in – literally – on the public’s alien appetite, which involves a swish new harvester. Farmageddon has a few choice one liners and scenes, but is nowhere near as amusing or as clever as the first instalment.

Part of that could be due to the fact that there is a new team – constituting a writer and directors – involved. Of course, the characters are those created by Nick Park, who was also responsible for the story in Shaun the Sheep.

But the first feature was written and directed by Mark Burton and Richard Starzak, while Farmageddon is helmed by Will Becher and Richard Phelan, with scripting by Jon Brown. It remains cute though and is a satisfying enough kids’ film (as distinct from a family movie). Rated G.