In 1929, Virginia Woolf reflected on the treatment of women in general and female authors in particular. Her searing essay, A Room of One’s Own, has now been adapted for the stage.

Woolf didn’t hold back. She laid it on the line, pointing out what theatrical adapter and director Peta Hanrahan calls “the profound inconsistencies, inequities and … imbalance between a masculine life and a female one”. Hearing the truth frustrated and angered me. I was irritated by the ignorance of men and their misogyny. Most of what was said going back through history was simply garbage. Women were treated as second class citizens (as inferior). Often they were excluded and female writers were simply overlooked.

There is talk about the poverty and insecurity of women, with words such as “distressing”, “bewildering” and “humiliating”. Wife beating was condoned. Even supposedly learned professors bought into the misnomers about the fairer sex. Woolf tears down the bastions of deceit and calls to account those who expressed sentiments such as “nothing could be expected of women intellectually”. She speculates about what may have happened if Shakespeare had a wonderfully gifted sister. Woolf calls on women to live an invigorated life. 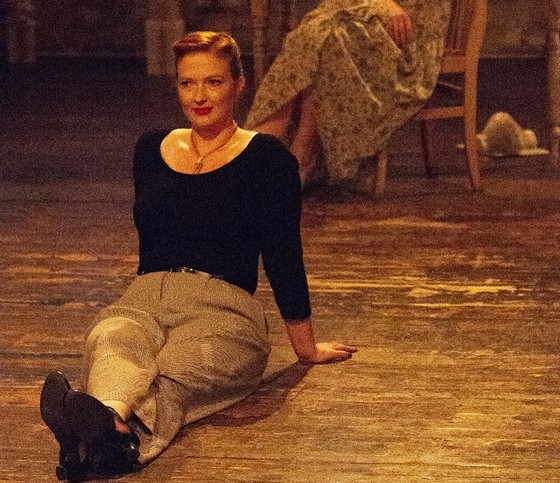 Clearly she was ahead of her time and it’s fascinating to listen to her words in the wake of the #MeToo movement.

Four actors, three women and a man, add voice to her essay with audience members sitting on either side. Anthea Davis is the questioner, Marissa O’Reilly the diplomat and Anna Kennedy the sceptic, while Jackson Tricket presents a world view. They represent aspects of Woolf’s mind in conversation with herself.

Incidentally, the essay and play title is drawn from Woolf’s belief that in order to write fiction a woman must have money and a room of her own.

Sentient Theatre’s production of Virginia Woolf’s A Room of One’s Own is playing at fortyfivedownstairs until 28 July 2019.