The fourth of the great Stephen Sondheim musicals that Victorian Opera has tackled since 2013, A Light Night Music remains as charming and funny as when it was first conceived nearly 50 years ago. With music and lyrics by Sondheim and book by Hugh Wheeler, the musical was inspired by the 1955 Ingmar Bergman film Smiles of a Summer Night.

It’s midsummer in Sweden around the year 1900 and an ageing actress, a married 18-year-old virgin, a sex-starved divinity student and a buffoonish count are drawn into a tangled and hilarious web of love affairs. It is the characters that make the operatic farce the romp that it is. 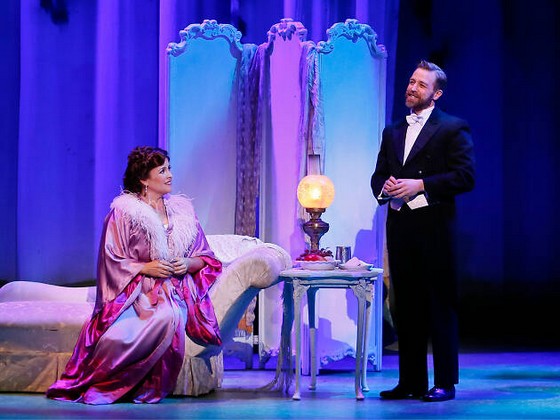 Fredrik Egerman (Simon Gleeson) is a successful, widowed middle-aged lawyer. He is married to naïve teenager Anne (Elisa Colla), who after 11 months of marriage remains a virgin. Fredrik has a son from a previous marriage, Henrik (Matt Verevis), 20, who is studying to become a priest and is deeply in love with his stepmother … and not in a platonic way. In the past Fredrik and once successful, self-absorbed actress Desiree Armfeldt (Ali McGregor) were lovers. She is now touring the countryside in what is clearly not the glamorous life she might have envisaged for herself. The pair reconnects.

Fredrika Armfeldt (Sophia Wasley) is Desiree’s 13-year-old daughter – who lives with her grandmother, Madame Leonora Armfeldt (Nancye Hayes) – who may or may not be the product of the actress’s and Fredrik’s previous relationship. Desiree Armfeldt’s latest lover is pompous. He is a military dragoon named Count Carl-Magnus Malcolm (Samuel Dundas), who is hugely possessive when it comes to both his wife, Countess Charlotte (Verity Hunt-Ballard) and his mistress (Desiree). Another character of note is Anne Egerman’s maid, Petra (Alinta Chidzey), who is brash, bold and flirtatious and who has a sexual encounter with Henrik and later a tryst with Madame Armfeldt’s manservant Frid (Tiernan Maclaren).

Featuring a lush score, including A Weekend in the Country, Liaisons and possibly the best-known Sondheim ballad Send in the Clowns, A Little Night Music is a romantic tour-de-force. The music director is Phoebe Briggs, with the Victorian Opera chamber orchestra led by Jo Beaumont. A rotating central stage with a series of simple but elegant props and breathtaking costumes (the set and costume designer is Roger Kirk) allows the action to move seamlessly from scene to scene. 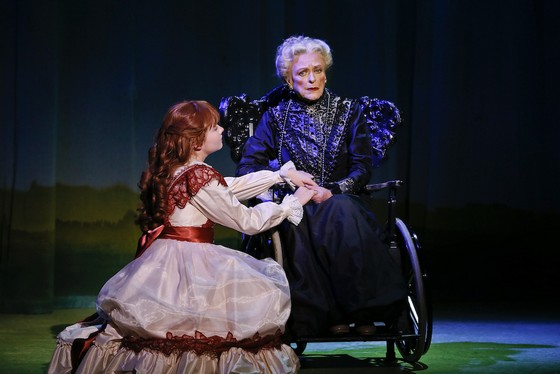 While the brilliance of (and wit in) the writing enables us to extract genuine pleasure from the piece, it is the delightful execution that distinguishes this production. The comic timing is immaculate. The performers that really stood out for me in that regard – among many noteworthy efforts – were Verity Hunt-Ballard as the scorned wife of the haughty dragoon and Alinta Chidzey as the cheeky maid. This 15-strong troupe has talent to burn and makes it count in all the right moments for a memorable and magical night of theatre.

Directed by Stuart Maunder and choreographed by Elizabeth Hill-Cooper, Victorian Opera’s A Little Night Music is on at Playhouse at Arts Centre Melbourne until 6 July 2019.