The complexities of music, human relationships and health all get a working over in Moises Kaufman’s 33 Variations, featuring Oscar winner Ellen Burstyn.

In the early 19th Century, Anton Diabelli (Francis Greenslade) is a Viennese music publisher who composes a simple waltz and then invites that city’s leading composers to construct a single variation on it. Diabelli wants to publish a grand collection. All the composers respond favourably to Diabelli’s request – but one. That one is Ludwig van Beethoven (William McInnes). Beethoven’s long-suffering secretary Anton Schindler (Andre de Vanny) delivers the bad news to Diabelli, only for the musical maestro to subsequently change his mind. The question is why would he do so; and end up spending years adapting a work that starts out as mediocre at best, while his health was very much on the decline? In fact, Beethoven went deaf while composing his 33 variations. 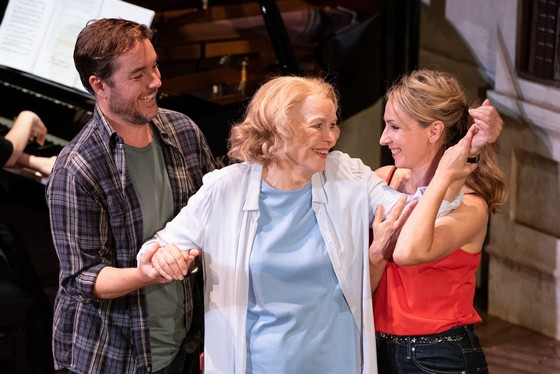 In the “present”, the question intrigues musicologist Katherine Brandt (Burstyn), who is devoted to studying Beethoven’s Diabelli Variations in spite of her own significant health challenges. She has motor neurone disease and is deteriorating fast. Her daughter, Clara (Lisa McCune), is deeply concerned about her, even though the pair often don’t see eye to eye. Clara doesn’t want her mother to travel to Bonn, where her research into Beethoven would take shape. Katherine undergoes some further tests with the help of a new nurse, Mike Clark (Toby Truslove), whom she encourages her daughter to date.

Next thing you know, Katherine is off to Germany. There she’s assisted in researching Beethoven’s variations by the no-nonsense, scholarly Dr Gertrude Ladenburger (Helen Morse). Let’s just say that each of the characters faces their own trials, and what unfolds is hardly a walk in the park for any of them. Gradually though, we get to know more about their desires and motivations.

33 Variations spans the emotions as the characters obsess, rejoice and pander. As a result I felt deeply. I was moved. I laughed and I cried. There were moments of joy, epiphanies, pain and anguish. Kaufman wrote the play in 2007. It premiered in Washington DC, before opening on Broadway in 2009. At that time, Jane Fonda took the lead role – her first appearance on Broadway in 46 years.

Now the plaudits are rightfully with 86-year-old Ellen Burstyn, the six-time Oscar nominee. She starred in The Exorcist and won the Academy Award for Alice Doesn’t Live Here Any More. In a bravura showing, Burstyn inhabits the persona of the seriously ill academic with a sharp mind and a body that is failing her. Mind you, she’s by no means alone in being well deserving praise. This all-star cast does a magnificent job drawing the most out of a compelling script. 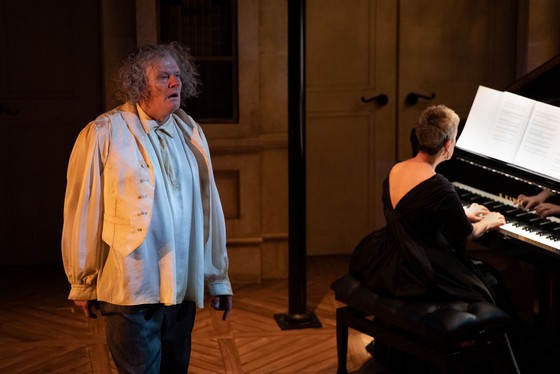 Lisa McCune excites as the troubled Clara, who is trying to find her place in the world and connect with her mother and new beau. Helen Morse paints the picture of a dedicated and loyal worker and friend, while William McInnes rages, scowls and suffers as the irrepressible musical genius. I particularly warmed to the gentle and persistent Mike Clarke in the guise of Toby Truslove. There was definitely a swagger in Francis Greenslade’s step as the publisher on the rise, while Andre de Vanny knew when to push and when to pull as Beethoven’s messenger and mouthpiece.

The grand two-storey set design (by Dann Barber) suited the play – which is set in dual time frames – perfectly. Gary Abrahams is the master of direction, ensuring all attending have a night at the theatre that they will long remember … for all the right reasons.

33 Variations is playing at the Comedy Theatre until 24 March 2019.