Exploitation and heartache are at the centre of Indivisible, a gritty story about attractive, singing 18-year-old conjoined twins. Connected at the hip, Daisy (Marianna Fontana) and Viola (Angela Fontana) are gifted. They have beautiful voices and often sing at local weddings, family functions and communions. Their father, a seedy, small-time businessman, has turned them into an entertainment act in order to support the family and, ultimately, fill his own pockets. 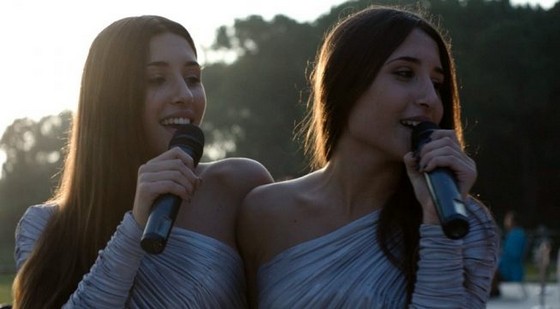 A chance meeting with a doctor reveals that the twins can be safely separated. The ensuing drama is twofold. The twins each have somewhat different views of what this radical step could mean. Their dad, meanwhile, is apoplectic when confronted by the possibility of no longer being able to cash in on his daughters.

The side of Italy we are shown here is mighty seedy. The primary characters are all out to take advantage of what is a travelling freak show. It is surprising that given the girls came from such a downbeat gene pool they turned out to be so “normal”.

The dialogue given to the sisters opens up their hopes and fears. It is heartbreaking to watch the mistreatment up close and personal. Massimiliano Rossi does a fine job as their odious father, Peppe. It takes but moments to detest him. Praise should also go to Antonia Truppo, who plays their vacuous, seemingly permanently spaced out mother, Titti. It is also a memorable debut for their daughters.

Direction from Edoardo De Engelis (Perez), who also co-wrote the screenplay, is assured. He knows exactly the journey he wants to take us on. He sets up the plot well and never signals what will happen next – that is laudable. An air of unease permeates almost every scene. More art house than mainstream in style, the output mightn’t be pretty, rather disturbing, but memorable.