I have no idea why a director of Clint Eastwood’s standing would associate himself with such a poor quality movie as The 15:17 to Paris. Maybe because it features three heroes who play themselves? But let’s face it, they’re not actors and this isn’t a documentary. 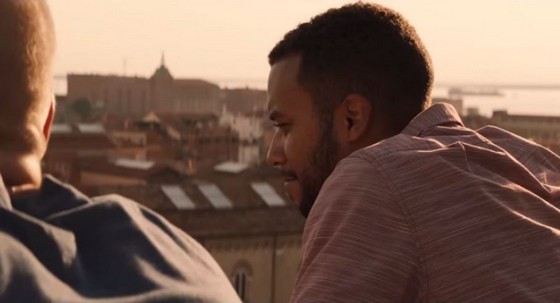 I’m talking about Anthony Sadler; National Guardsman Alek Skarlatos; and US Air Force man Spencer Stone. Stone gets most screen time and is the only one whose character shines through.

I vividly recall the real life incident. It happened little more than two years ago – in the early evening of 21st August 2015. The three protagonists thwarted a terrorist attack on a train bound for Paris with more than 500 people on board. In a split second, they stepped up.

This film follows the course of the three friends’ lives, from their struggles during childhood to finding their footing in life. But this picture has a telemovie feel to it.

Much of the acting in The 15:17 To Paris is wooden, the scripting trite and the middle section becomes a totally unnecessary travelogue. What the heck?

I didn’t check, but I reckon the essence of this picture – the drama on the train – was over in less than 10 minutes. The rest of the time was spent examining how the trio first met at primary school, their military engagement and their European vacation. I kept asking what was I missing, but the whole package was flawed.

Screenwriter Dorothy Blyskal – her first screenplay – and director Eastwood have made a meal of it. The 15:17 To Paris felt shallow and lacklustre, with some elements decidedly out of place. The portent of the ordinary was showcased early on and I’m afraid an intelligible structure was missing after that. The only saving grace is that we know Clint Eastwood (an Oscar winner for Million Dollar Baby and Unforgiven) is capable of so much better.